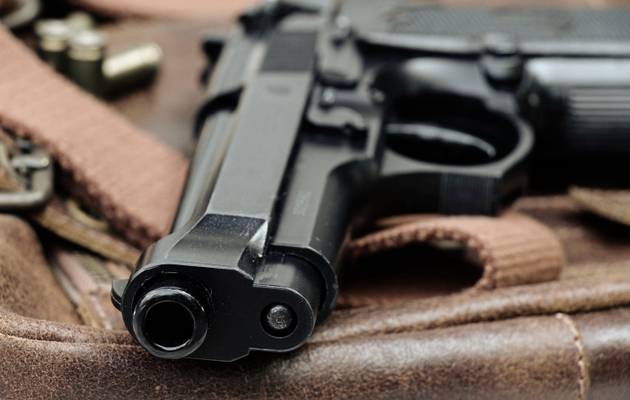 A Cape Town woman who allegedly shot her three children and later committed suicide is being buried on Sunday together with her deceased son.

The 43-year-old Woman allegedly shot her eldest son‚ 21‚ and her twin boys on Saturday afternoon before turning the gun on herself.
The Twins survived the incident and are currently recovering in hospital‚ Western Cape Police have confirmed.

Karen Wiesner: I Have Dreamed a Littl…
Most popular jewellery this Christmas…
Five-Time Grammy Winner Keb’ Mo’ Anno…
Cultivating an Equitable and Anti-Rac…
Discover the Magic of Venice in Novem…
Both the deceased brother and the mother cannot be named to protect the identities of the under-aged twins.
A family member‚ who identified himself as a cousin‚ posted on his Facebook page yesterday that the funeral would be held on Sunday at 4pm.
Contacted for comment earlier on Sunday‚ the family member said he could not talk as he was busy preparing the bodies for the funeral in the afternoon.
A Facebook user‚ who also can’t be named as she identified the woman as her aunt‚ confirmed the allegations that the woman indeed shot her three kids before committing suicide.
“To those who have not heard.....aunty ...[deleted] has shot and killed herself and her eldest son‚[deleted]‚ yesterday morning. She wounded the twins. Please keep the twins in prayers and thoughts as they now have to face the world by themselves‚” wrote the family member.
The woman’s Facebook page‚ which was still up at the time of writing this report‚ show pictures of her smiling and posing with her elder son in a post uploaded in March last year.
She also has a picture of the twins posing in school uniform‚ also uploaded on the same day.
A search of her name on Facebook shows posts revealing that she worked at Checkers Hyper in Brackenfell.
Facebook user‚ Alridge Maans‚ yesterday posted a wish for the woman and her son to rest in peace.
“Such beautiful lives gone in the blink of an eye.. How do we come to terms with such a huge loss.. May The Almighty keep you all in His protection and have mercy. Rest in peace [name removed to protect woman’s identity] & SON‚ We as #CheckersHyperBrackenfell will miss u dear friend (sic)‚” reads the post.
Western Cape Police spokesman‚ Captain FC Van Wyk‚ confirmed they were investigating the shooting incident.
“We are investigating a murder‚ an attempted murder on the twins and an inquest on herself‚” said Van Wyk.
- TMG Digital/Sunday Times