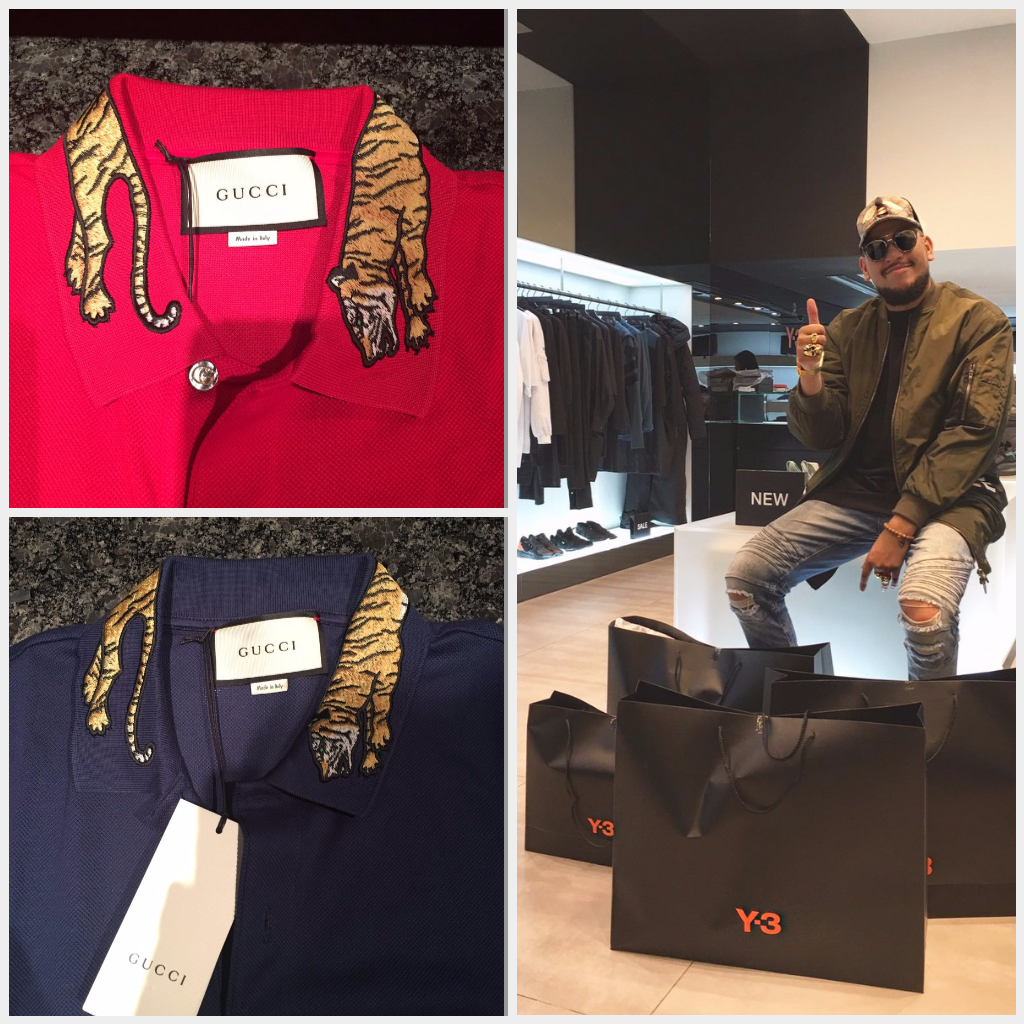 AKA and Bonang were on a mid-holiday shopping spree this past weekend when the Supa Mega posted a picture of himself with his shopping bags in the swanky Y-3 store in Hong Kong.

But one of the rapper's followers was not impressed by AKA showing off in the post, and claimed that a "sale" sign nearby showed that he had bought the goods on the cheap.
In a tweet that has since been deleted, the user said while everyone else was obsessing over the shopping black bags, all he saw was the ‘sale’ sign.

Bonang did not take the criticism lying down and defended her man with a stinging clapback on Twitter.

B's comment had her fans in a tizz, with many sharing hilarious memes and comments in response.

@bonang_m Ooh that was some serious clap back right there. Lol. People like provoking you and when the claws come out you're the bad guy.smh
— Angel Ngcobo (@ItsAngie_N) January 16, 2017

But Bonang was not the only one who had a spicy reply for the user.

This post first appeared on The Edge Search, please read the originial post: here
People also like
Easy Pet Rocks Craft Idea For Kids
AMD “Rembrandt” Ryzen 6900H APU Rumored To Have 12 RDNA 2 CUs, Based on Zen 3+ Architecture
What You Need to Know About Beginner-Friendly Stocks in 2021
Taschen Sale, 28—31 January 2021