I sold my family on the concept of The long ago, says Dineo Ranaka 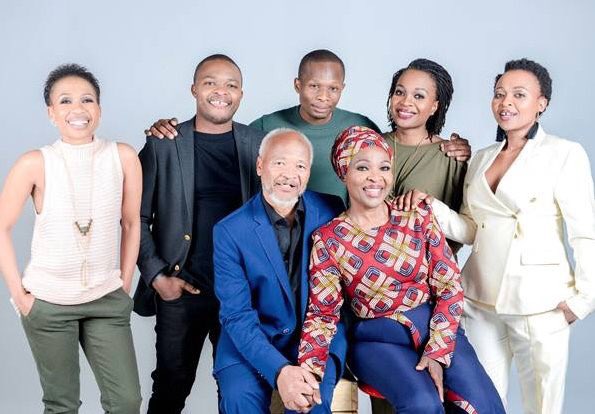 The show, which documents the life of Dineo's family, topped the Twitter trends list on Thursday, as fans flocked to social media to give the show the thumbs up.

#TheRanakas @DineoRanaka Ur mom stole the show. That's the kind of Mmatswale I want. I love her. She kept us laughing for 30 mins.
— Thato Rula (@lesilorula1) January 12, 2017

Mr Ranaka reminds me of Mr Miyagi of the Karate Kid ....I can imagine him smashing that phone #TheRanakas
— Shadi Baloyi (@shadisofla) January 12, 2017

Taking to Twitter after the show's debut, Dineo thanked her fans for their support.

THANK YOU SO MUCH for watching our first episode of #theranakas with us and making us trend at No.1 - we felt your love! Again next week
— Dineo Ranaka (@DineoRanaka) January 12, 2017

She later took to Instagram to explain that she had told her family about the idea for The Ranaka's long ago.

"My father just told me how he remembers how I sold them the concept of Dineos Diary and The Ranakas looong before my 30's, and then he said, 'Dineo, no matter how hard it gets, don't stop. You are a visionary woman and your visions are manifesting,'" she said.
Dineo went on to explain that despite the challenging times she felt incredibly blessed. "I am so blessed to live to see the day that God has made - I believe now more than ever that God can indeed do anything for you - He will provide for you," Dineo added.

I sold my family on the concept of The long ago, says Dineo Ranaka