Mzansi's most famous faces are living their best lives! 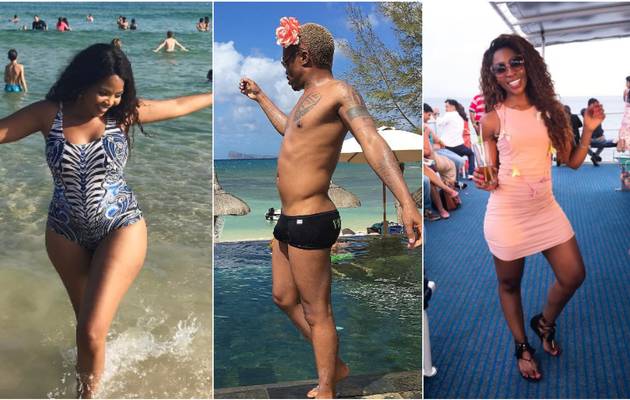 While many of us are still coming to terms with the trauma of heading back to work, some of Mzansi's most famous faces have been living it up on getaways and island paradises.

You see, while we were packing lunches in skaftins and dragging our bodies out the door, celebs were packing their bags and heading to more pleasant climates.
Somzi had us green with envy when he posted several amazing snaps from his island getaway.

Short Happiness Quotes From Famous an…
How to Take Your Offline Business Onl…
Fashion blogging: Lesson learnt+ Pers…
A Pre-Christmas Christmas Card
Would you worry about valuation getti…

While singer and actress KB Motsilanyane has been soaking up the sun on the beaches in Balito, KZN.
Actress Terry Pheto jetted off to Australia with her man for an amazing baecation. Although Terry is yet to be snapped with her man, she seems to be having a great time.

AKA and Bonang jetted off to Thailand last weekend for their own epic baecation. The pair are slowly filling their social media pages with pictures and videos of their adventures so far in Phuket.

Pearl Modiadie also headed to South Asia but chose to vacay alone in Bali. The popular TV and radio personality has been spending her time visiting temples, dancing with topless men on a cruise ship and even playing with snakes!

Mzansi's most famous faces are living their best lives!