Do South African's still have appetite for Zuma surname in ANC presidential list ? Yes / NO 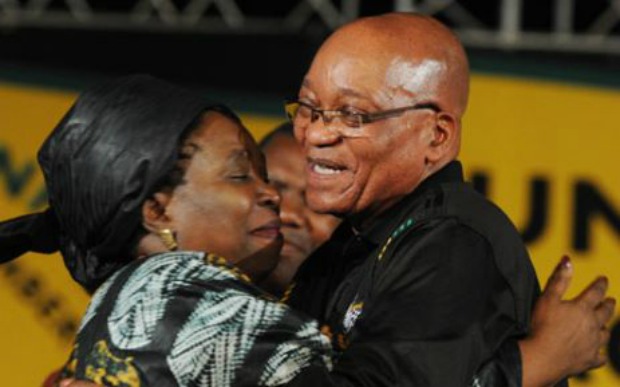 The race is on to elect the next leader of the ANC – and subsequently the country. But despite a weaker and more divided ruling party, president Jacob Zuma and his supporters have the upper hand in determining the way forward.

New Everton Boss Rafael Benitez Ready…
20+ Camping Activities For Kids To El…
Healthcare Organizations Reward and F…
My alternative summer: travel writers…
Sony to Invest An Extra $180 Million …
This is according to Nomura analysts, Peter Attard Montalto in his latest forecast for 2017, which describes the complex political games at play behind the scenes within the ANC, and how they are likely to play out as the party heads towards its Elective Conference in December.
Nomura has long held the view that the ANC was divided into two main camps: the change (anti-Zuma) Camp, and the status quo (pro-Zuma) camp – a view which has been proven correct by many key events in 2016, where the president was put on the back foot by his own party.
However, Attard Montalto has warned against focusing on personalities within the opposing factions, or painting either side as “good” or “bad”, as the ideological positioning of either side has potentially damaging outcomes for the country. Specifically, a ‘change’ win could see the country head to a more “nationalism-centric” policy in its bid to regain lost support, for example.
The other reason not to focus just on personalities is that the coming ‘war’ for party leadership will likely end up with complex ‘slates’.
“While the ANC has attempted since the local elections to steer the party towards a ‘one slate’ model (which would be a broad coalition of acceptable faces across all factions), we do not believe such a common slate is possible,” Attard Montalto said.
“The two slates emerging would each be complex coalitions, where we would monitor the centre of gravity of each and who is around a central presidential nomination.”
Zuma knows how to play the game
The outcome to the presidential run for control of the ANC is ultimately tipped in Zuma’s favour, because an elective conference is essentially an aggregation of the ANC at branch level.
The elective conference will thus not be decided by set piece speeches, media or other forum – it will be the personal gerrymandering of individual branch level votes, Attard Montalto said.
“We think the Zuma camp could ‘play dirty’ in a way the anti-Zuma camp would be less inclined to. This will play to Zuma’s ultimate skill, which is internal party management.
“As such a key but likely largely overlooked issue in 2017 would be the ebb and flow of branch level structures – some get shut, others are opened, leadership at branch level gets cycled over, sometimes violently, provincial structures are brought to bear at the branch level.
“This is how the Zuma camp could win – and is why we think the most likely outcome is that they will,” he said.
According to the analyst, it is unlikely that internal support will swing in favour of an anti-Zuma candidate – and even if it did, the compromises needed to get there (specifically, convincing the ‘pro-patronage, anti-Zuma’ group to switch sides), will lead to very little change.
The country will have a better idea of who will be leading which slate in October and November, ahead of the elective conference – but divides should be known around June, when the consultative and policy conferences take place.
Nomura holds that the most likely candidate to emerge from the pro-Zuma camp will be AU chair Nkosazana Dlamini-Zuma, while the change camp has already identified deputy president Cyril Ramaphosa as their candidate.
Other pro-Zuma options could be someone from the so-called “premier league” (possibly Premier of Mpumalanga David Mabuza), with potential compromise candidates emerging in ANC Treasurer General Zweli Mkhize, or even ANC Secretary General Gwede
Mantashe.


This post first appeared on The Edge Search, please read the originial post: here
People also like
New Everton Boss Rafael Benitez Ready to Fight for Merseyside Club
20+ Camping Activities For Kids To Eliminate Boredom
Healthcare Organizations Reward and Foster the Wellbeing of Employees for Dedication During Covid and Beyond
My alternative summer: travel writers’ plans for an epic UK adventure
Sony to Invest An Extra $180 Million on PlayStation First-Party Games
Five Things You Don’t Need To Get Healthy and Stay Fit

Do South African's still have appetite for Zuma surname in ANC presidential list ? Yes / NO