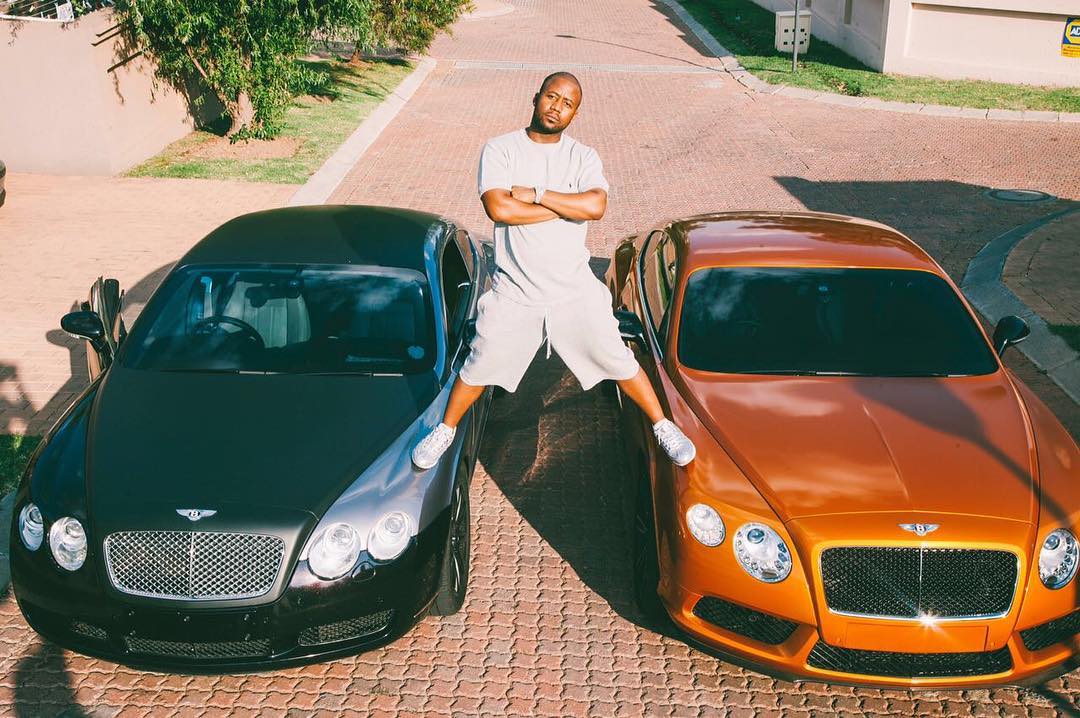 Police have this week confirmed that investigations into the vandalising of Cassper Nyovest's R3.7 million Bentley with a key are on going with damages reported to be R300 000.

Sunday World is reporting that comedian Christopher Mapane was apparently driving the Bentley when it was scratched outside a Johannesburg nightclub on 15 December.
The report claimed that Chris apparently told police in his statement that damages to the flashy car amounted to R300 000.

Teen Depression: Essential Signs & Ho…
Why I Chose to Be Vaccinated Against …
10 Health factors that you can improv…
3D ‘Lung-on-a-Chip’ Model: New Therap…
Carpenter Ants in House
Chris confirmed the incident to the publication, and that he was driving the Bentley when it was deliberately scratched with a key, but would not be drawn into commenting if it belonged to Cassper.
"My man, do you know with R300 000 you can get a new car? The repairs to the Bentley are crazy," he apparently told the publication.
Speaking to TshisaLIVE on Monday Douglasdale police spokesperson, Captain Mpho Kgasoane said that investigations were ongoing.
However, she could not divulge any details surrounding the cost of the damage to the car. "I can confirm that the suspect was arrested and appeared in court on 19 December. I can't give any details about the cost or damage to the car," she said.
Cassper's management could not be reached for comment despite numerous attempts.
Shortly after the incident occurred the rapper took to social media to express his disappointment over the incident.
"I'm in the club celebrating hard work and someone calls me saying they found someone keying my brand-new car. Mara why do have to do this? Such a beautiful night? To end like this? I worked so hard this year, not only to get what I have but to stay out of trouble. Then this?" Cassper tweeted.


This post first appeared on The Edge Search, please read the originial post: here
People also like
Teen Depression: Essential Signs & How Parents Can Help
Why I Chose to Be Vaccinated Against COVID-19
10 Health factors that you can improve with Delta 8
3D ‘Lung-on-a-Chip’ Model: New Therapy Testing for COVID-19
Carpenter Ants in House
MICRO BUSINESSES
Office Life – Preview – 2