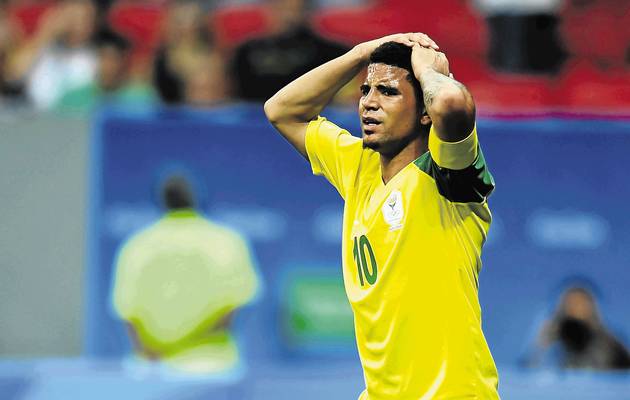 Keagan Dolly is livid that he has been taken by Mamelodi Sundowns to the Premier Soccer League at a R200 000 personal expense on dispute to a buyout clause in his contract that the club now claims was a mistake.

TMG Digitial has been informed that Dolly is incensed that he has had to pay out that sum from his own pocket on legal fees in a case at the PSL’s Dispute Resolution Chamber (DRC) that is blocking the winger’s move to Olympiacos or Montpellier this January.

U.S. SUPREME COURT - Memorial and Rel…
Comparison of 4 Professional DSLR Cam…
New Developments : Monaco’s Le Stella…
8 Ways to Give Your Place a French In…
Prayer
The South African Football Players Union (Safpu)‚ who have taken on Dolly’s case along with the player’s own legal representatives‚ say they hope the DRC will provide an outcome this week
Sundowns are contesting a R12 million Buyout Clause in Dolly’s contract should he receive interest from European clubs.
They claim changes made in Dolly’s new contract‚ signed 17 months ago‚ were a mistake.
The pressure on Downs to release Dolly increased this week when French club Montpellier upped an earlier offer – higher than the 500 000 euros (R7‚1 million) reported on in the media – to 1 million euros (R14‚3 milllion).
Greek side Olympiacos have made an offer “slightly less than” Montpellier’s‚ and a third club are also in the mix‚ TMG has been informed.
Dolly’s representatives are concerned that Sundowns might be able to utilise their influence with the PSL to drag out the DRC outcome until after the January transfer window closes at the end of the month.
The original DRC hearing was scheduled for late November‚ but postponed and the heads of argument of both parties were presented on December 9.
Dolly’s representatives stressed to the DRC that the outcome needed to come before Christmas‚ due to the transfer window opening on January 3.
Safpu last year wrote a letter to Fifa questioning the legitimacy of the DRC‚ which the union has issues over due to a lack of neutrality‚ they say.
“We wrote to Fifa about six months ago. We feel that the PSL cannot be a referee and a player at the same time‚” Safpu president Tebogo Monyai said on Tuesday.
“Neutral people need to be appointed to the DRC. They are currently appointed by the PSL. It should be someone appointed by both the parties involved.
“We did also have a meeting with PSL chairman Dr Irvin Khoza about that.”
Monyai said Downs’ attempt to contest Dolly’s buyout clause on the basis of a “mistake” raised questions over the club’s motivations.
“It’s a bit strange‚ yes‚” he said.
“It’s an issue that‚ you look at it and say‚ ‘What is happening in SA football?’
“Because you cannot have a contract and then later on you want to change things.
“Sundowns are the ones who drafted the contract‚ they are the ones who made all the changes – how do you come 12 months later and say that you have made a mistake?
“Unfortunately this was at the time that Olympiacos showed an interest. Why‚ all along‚ before that‚ were these things not raised?”
Dolly had an outstanding 2016.
He won the PSL and Caf Champions League with Sundowns‚ was nominated for PSL Player of the Season‚ had breakthrough performances for Bafana Bafana and was a star player for South Africa at the Rio Olympics. - TMG Digital

8 Ways to Give Your Place a French Inspired Makeover

Cheap flights from New York City to Los Angeles for only 226 euros round-trip!

What do you think about an event without an internet connection?

Commercial rent review: What does it include?

5 Ways to Find and Fix Comma Misplacements in Sentences