My aunt bit my right ear off and She sucked my blood! 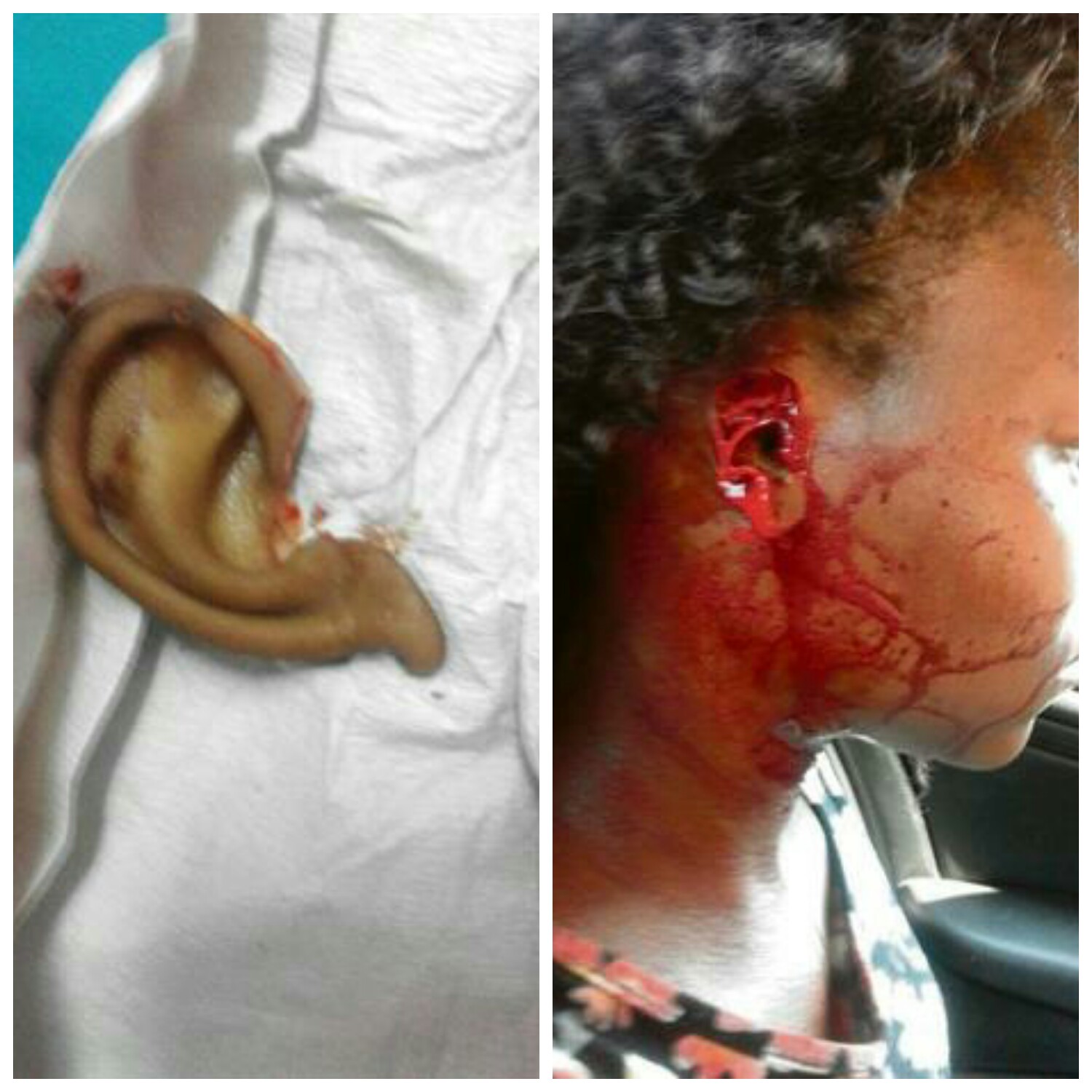 
But then she got into a brutal fight with her aunt. The older woman got so angry that she allegedly bit off Thando’s ear.


THE 20-YEAR-OLD HAD TO HAVE HER EAR STITCHED BACK ON AT A HOSPITAL!

However, Thando is still fuming about her aunt behaving like former champion boxer Mike Tyson, who once bit off opponent Evander Holyfield’s ear in the ring.


A furious Thando told Daily Sun she was attacked on 21 December.


Her ear was stitched back on at Jubilee Hospital, near Hammanskraal.


She said she had gone to visit a friend over the weekend and when she came home, she noticed the yard of the house she shares with her gogo, her uncle and his wife was very dirty, so she got to work.


“I had just cleaned the yard and switched on the TV to watch the repeat of Generations: The Legacy. I was very tired so I lifted my feet onto the coffee table in the sitting- room.


“My uncle’s wife came into the sitting-room and pushed my feet off the table. I asked her why she didn’t ask me nicely to remove them.”


Thando said that made the woman very angry and she started klapping her.


“I protected myself by fighting back and my gogo tried to separate us but she was overpowered. Then my aunt pulled me down and bit my right ear off. She sucked my blood!”


According to Thando, her uncle married the woman in March last year and she joined the family in April to live with them permanently.


“She treated me badly from the first day. I tried to be nice to her but failed.”


Thando said ever since she came home from hospital last Wednesday, she had spent her days inside as she was ashamed of her ear.


All Thando’s uncle, Mpho Phokane, would say to the SunTeam was: “I was not home when it happened. Were you here? I don’t want to talk to you.”

My aunt bit my right ear off and She sucked my blood!