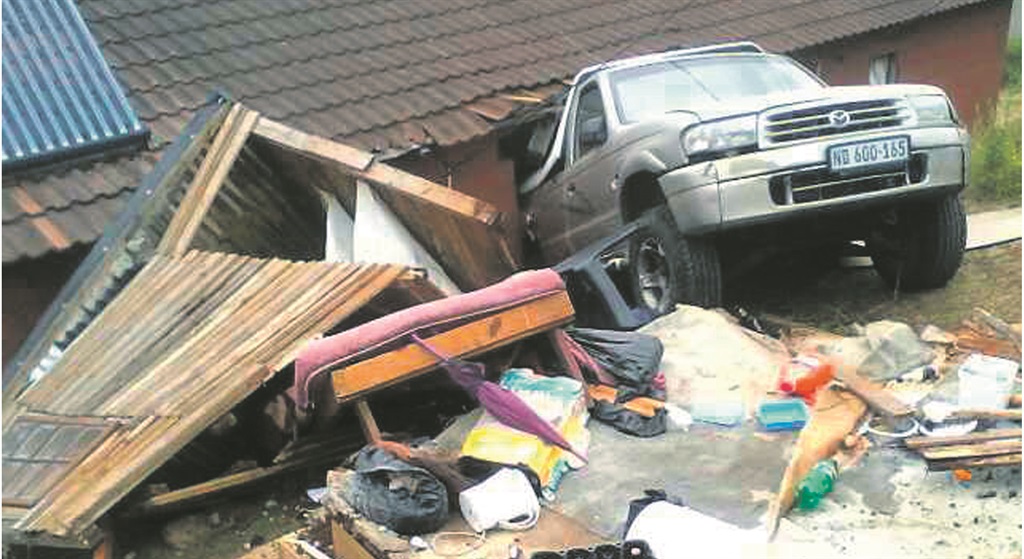 WHILE many people celebrated the new year with laughter and music, the Mchunu family had a traumatic time.

This is because the family’s home was hit by a neighbour’s van on Friday afternoon and Slindile (34), Siphiwe (33), Mandy (16) and Thando Mchunu (10) spent the weekend recovering from their injuries at the Phoenix Community Care Centre.

Slindile said they were relaxing at their home at Mount Moriah, north of Durban, when the incident happened.


“I can still see the van smashing into our house through the wall in the sitting room. It still gives me shivers. It’s even harder for the kids. I can see they are traumatised.”

The van, which neighbour William Buthelezi uses for his construction business, apparently started moving by itself while he was packing sand bags on to the back. Before hitting the house, it hit and dragged the Wendy house where Siphiwe was sleeping.

Slindile said she wanted William to pay for the damage caused by his van.

When the SunTeam approached William, he said he would pay for everything.

“I know I’m responsible for the costs of fixing all the damage. I will sit down with the Mchunu family once everyone has recovered and calmed down so we can negotiate how I will pay.”

He said he didn’t know why the van started moving by itself as he was not aware of any brake problems.

Colonel Thembeka Mbhele, KZN police spokeswoman, confirmed the incident. She said an accident report was made at the Phoenix Police Station but no criminal case was opened.