5 types of alcoholic drinks good for your health 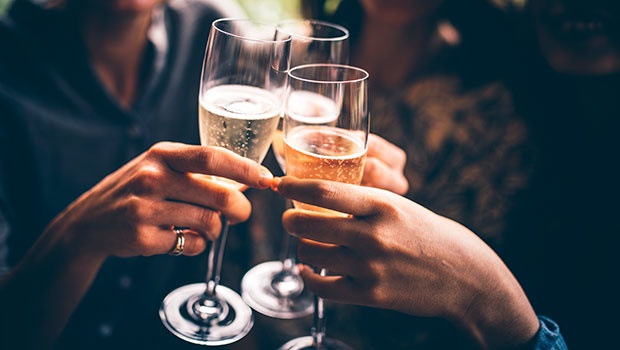 If you're going to imbibe over the festive season, you might as well do it wisely.


As much as we love this time of year, our bodies often suffer for it. Over the holiday season we tend to overindulge and come January, everyone will be dieting and "detoxing" and hitting the gym hard, to make up for the bad choices made over the festive season.


And while alcohol is a huge culprit when it comes to those extra centimetres around the waist, the bigger concern is what it does to your insides.


It's a fact that alcohol is more damaging to women than men. Our bodies just don't metabolise it as well, and it's been linked to a host of diseases including breast cancer, diabetes and liver failure.


That said, the news isn't all bad. As you'll see below, some types of alcohol, when consumed in moderation, actually have some health benefits.

And other types are light enough in calories to not give you a beer belly. So choose wisely, and enjoy! And remember, the purer the drink, the fewer after-effects you'll suffer.

Just ask anyone who's ever woken up with a Crackling or Russian Bear hangover...

Here are 5 types of alcoholic drinks that are good for you (when enjoyed in moderation):
Wine

New studies also seem to suggest that it can act as a buffer against Alzheimer’s disease.

According to Medical Daily, it has resveratrol - a powerful antioxidant that protects against cell damage and prevent age-related mental diseases.

Sounds great doesn’t it? But that doesn’t mean you should drink a bottle every day.

White wine
White wine has many of the same positive health benefits as red wine. It too contains antioxidant properties which can reduce the risks of getting heart diseases.

According to Livestrong.com, wine contains powerful antioxidants and during one study, mice that ingested a high fat diet with wine, had lower liver fat percentages than their teetotaling counterparts. Which, honestly, almost sounds too good to be true...
Hard liquor

Vodka
Although there is little empirical evidence, most Russians firmly believe in the benefits of vodka which include keeping the skin healthy and abetting hair growth. While that should be taken with a pinch of salt, it is a fact that vodka is a great disinfectant and handy in the case of toothaches.

But its main, proven benefit is the low caloric value and low sugar levels in comparison to drinks like rum or cane.


Brandy
Brandy contains a high concentration of antioxidants which mop up the free radicals in the body and protects the organs and tissues.

According to the Daily Mail, 30ml of brandy has the same antioxidant effect as a daily dose of vitamin C!
According to Elite Daily, tequila helps with lowering blood sugar. Some claim it also has certain components that can help with weight loss. Best thing? Apparently if you drink 100% pure agave tequila you won't get a hangover. Or so they claim...
Light beer
Regular Beer drinkers have been found to have lower blood pressure, reduced risk of cardiovascular diseases and better bone density, but beer consumption often goes hand in hand with weight gain. Enter light beer. You will get the same benefits of normal beer - but without the pesky side effect of getting fat

5 types of alcoholic drinks good for your health