Sangoma shocked by maponapona woman in her yard. 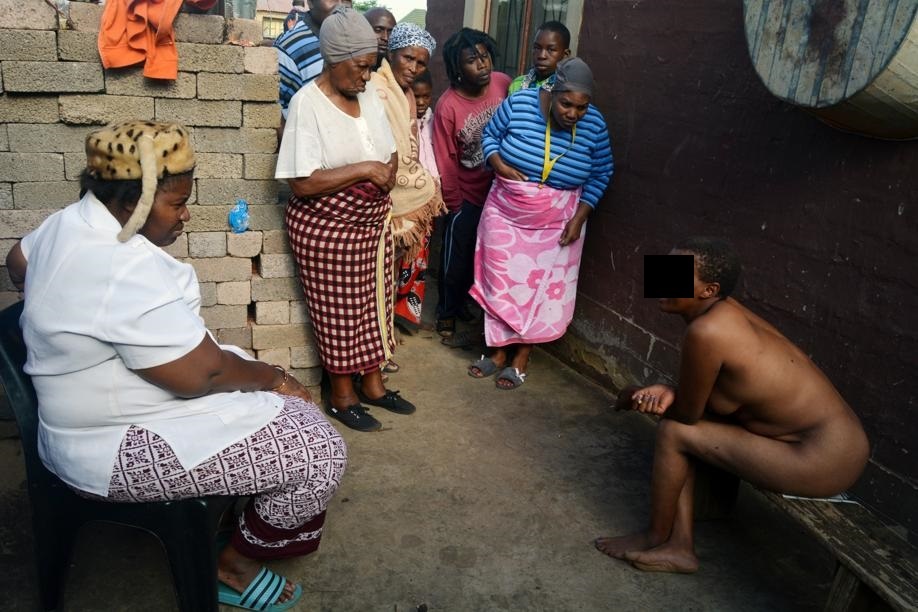 IT WAS early in the morning when her thwasa told the Sangoma about a shocking sight in her yard.
So sangoma Dabulamanzi went to see for herself . . .
There, sitting crying on a bench, sat a Woman, entirely [email protected]

New Everton Boss Rafael Benitez Ready…
How to Create a More Compelling Job P…
18+ Adult Movies Of All Time To Fulfi…
7 Reasons Why You Should Hire A Femal…
How To Run a Beauty Salon And Not Los…
Precious Sithole (41), known as sangoma Dabulamanzi, said she found the maponapona woman at 2.30am in her yard in Greenfield near Thokoza, Ekurhuleni.
She said she was doing a ceremony with her thwasas to thank the ancestors when they heard strange noises in the yard.
“I sent some thwasas to check and they came back to tell me there was a [email protected] woman in the yard,” said Dabulamanzi.
The sangoma said the woman had come to bewitch her but she said she was not afraid. She said her house is protected by strong muthi and no enemies could bring harm to her.
Dabulamanzi is now demanding a cow and a goat so she can perform a ceremony to clean her yard.
“I want this woman to pay for the damage she has caused to my ancestors.”
The [email protected], 32-year-old woman claimed she was sent by another sangoma to steal ancestral powers from Dabulamanzi.
In the morning, people who had heard about the woman, came with paraffin and tyres to set her alight. But she was given an old copy of the People’s Paper to cover herself and Police took her to the cop shop, where she was given clothes and questioned.
The woman confessed in front of police and Daily Sun that she was sent by a sangoma.
“I get paid to do dirty work for the sangoma who uses me. I have never been caught before,” she said.
She said she couldn’t do what she was supposed to do because she found a big river and a snake tried to swallow her.
“I was scared. That’s when I started crying for help and people in the yard heard me.”
Eden Park police spokesman Captain Mega Ndobe said police were called to the scene and rescued the [email protected] woman from the angry community.
Both the complainant and the accused were taken to the police station, where they settled their differences.
Claudius Ndlovu (40), a resident in the area, said he never thought he would live to see something like this.
“I used to hear stories about strange happenings but I never believed them. Now, I believe in them,” he said.


This post first appeared on The Edge Search, please read the originial post: here
People also like
New Everton Boss Rafael Benitez Ready to Fight for Merseyside Club
How to Create a More Compelling Job Posting
18+ Adult Movies Of All Time To Fulfill All Your Sexual Fantasies| Lolita, Exotica and More
7 Reasons Why You Should Hire A Female Divorce Attorney
How To Run a Beauty Salon And Not Lose Your Own Beauty
Keeping in Touch – Chapter 1
The Eight Wives of Henry VI society (EWH6)

Sangoma shocked by maponapona woman in her yard.