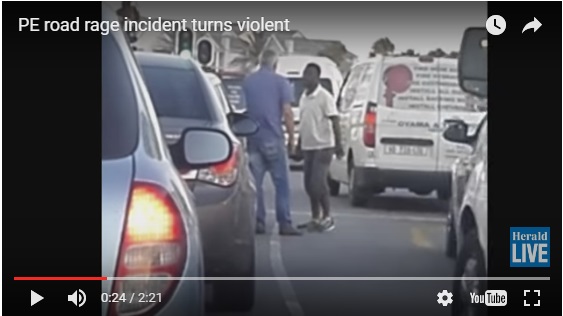 What started off as an alleged road rage incident turned violent in Summerstand on Tuesday.

A video has surfaced of two men coming to blows at a traffic light near Pick n Pay and a few more people jumping into the fight.
Ntsika Ngcuka‚ 34‚ who took the video said there was traffic jam at the robots and he realised that people were fighting.

Ulazi 2022 Songs & Mixtape
Madame Tussauds Museum, San Francisco
Hadrian’s Wall – Corbridge, Chesters,…
Travels through History – France – Na…
Biden-Harris Administration Announces…
“I immediately took a video but I could not hear what they were arguing about.
“I only heard when the white guy started swearing at the two black people.
“It then became chaotic as motorists were throwing insults with black and white people each encouraging people of their race groups to join in and beat each other”.
The Herald and Weekend Post are still trying to track down the people involved in the fight.
– TMG Digital/The Herald