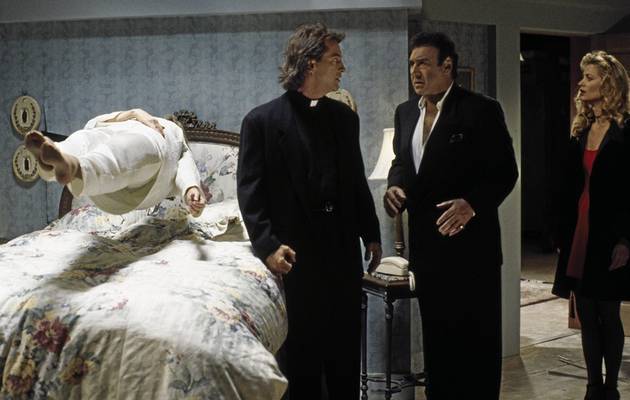 After a long-standing battle with Alzheimer’s disease popular actor Joseph Mascolo has died at the age of 87.

The actor was known across the globe for playing the hugely popular villain‚ Stefano DiMera in the NBC’s soapie Days of Our Lives.
According to Hollywood Reporter‚ Jospeh died on Thursday‚ however‚ his family confirmed the news during the early hours of Saturday morning.
"Joseph was a big 'ol bear with a puppy dog heart. I’m so blessed to have had these many years with him. I will miss him every day‚” said his wife‚ Patricia Schultz-Mascolo in a statement. Joseph first appeared on Days of Our Lives in 1982 and had a recurring role on the soapie ever since then.
As South Africans woke up to the news on Saturday morning‚ Twitter has been inundated with tributes and memes surrounding the antics the actor’s character Stefano was popularly known for.

If you don't know Stefano Dimera you should be counted with things that are to be left in 2016
— Fatso (@tshegobletlalo) December 10, 2016

Like Sand Through The Hour Glass ....So Are Days Of Our Lives RIP Stefano DiMera#JosephMascolo

The one time Stefano dimera burried vivian alive and still spoke to her on the phone coz you gotta stunt on them niggas
— Sdudla Mafehlefeezy♥ (@lulu_luwela) December 10, 2016

We'd probably have to combine all of our taxi maths skills to figure out the number of times Stefano DiMera came back to life in DOOL.
— Drunken Monkey. (@kweenmal) December 10, 2016

Played his character so well, we don't even trust that he passed away for real Rest in Peace Stefano DiMera pic.twitter.com/wVbyLATnWW
— BornAgainMisfit. (@Otee_P) December 10, 2016

Video Clip of The Week: The Shins, “Cherry Hearts”

Mika Stefano Throwback: Celebs before and after weight loss

Stefano Domenicali, CEO of Lambo: "Lamborghini Must Be Humble".