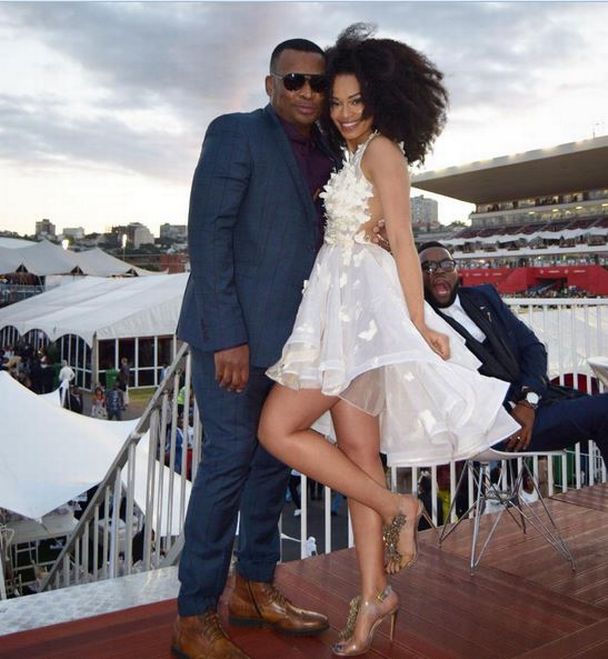 THEIR traditional wedding might have been this month.
But tragedy struck Robert Marawa and Pearl Thusi . . .
HIS DAD DIED ON WEDNESDAY!
Now Sunday Sun sources say the ceremony might be put on ice until the mourning period is over.

5 Practical Tips on How to Use Social…
What Your Favorite Video Game Genre S…
Empire of Language- Prelude-Metaphors…
My Personal Guided Tour of Hot Spring…
Middlewood Farm Holiday Park
The tragedy has left close friends worried about when Pearl will bewelcomed into the Marawa family.
One family source said: “They were talking about and planning it. Pearl even went on social media to ask about traditional ceremony planners.
“But now we don’t know what’s going to happen – because mourning can range from three months to a year.”
A friend said it’s uncertain if they will go ahead with wedding plans – or take advice about mourning proceduresfrom elders.
A showbiz source said Robertabandoned everything to be at his fading father’s side.
“Fans were shocked when his Thursday Night Live show on TV wasn’t aired. His Metro FM radio show was hosted by Mpho Maboi,” said the source.
Speculation was rife that there was a major issue when the show failed to go on air completely,without a stand-in.
A radio source said: “It’s unlike Robert to disappear without a reason – so his absence from the show showed the matter was major.”
Little did fans know Robert had been dealt a terrible blow by his dad’s sudden passing.
A relative said: “They are a small and close-knit family. As the eldest son, he’s responsible for making sure all funeral preparations go according to plan. We’re deeply saddened by the passing of Marawa senior, but with life comes death.”
Another source close to the situation said though Robert’s dad was old, the death of a beloved elder always leaves family members shaken.
Robert has had a challenging year. It started with reports of a legal battle against the mother of his son. It was also reported he had fights with media houses in a bid to stop them from prying into his love life.
According to reports, he had to face his SABC bosses for bringing the public broadcaster into disrepute. This followed allegations that he was quitting his 083 Sports With Robert show on Metro.
A member of Pearl’s family said: “We send our condolences to the Marawa family. Pearl was in the country a week ago to visit her father-in-law. Now that he’s passed, we don’t know if the wedding will happen or not.
“We’ll hear from elders about the way forward, as we allow theMarawas to mourn their dad in peace. Pearl will be back just before Christmas and only then will we know what happens next.”
Both Pearl and Robert could not be reached for comment.
Speaking for the Thusi and Marawa families, Pearl’s manager Sarit Tomlinson said: “We have no comment on all the questions asked.
“Out of respect for the deceased, let’s allow both families time to mourn peacefully. The Marawas are a very private and respectful family, and I ask that we be sensitive about this matter,” said Sarit.
SABC and SuperSport were not available for comment.