Musician Romeo Malik having big 4-5 is not a blessing Ladies are scared, i survive on hand jobs 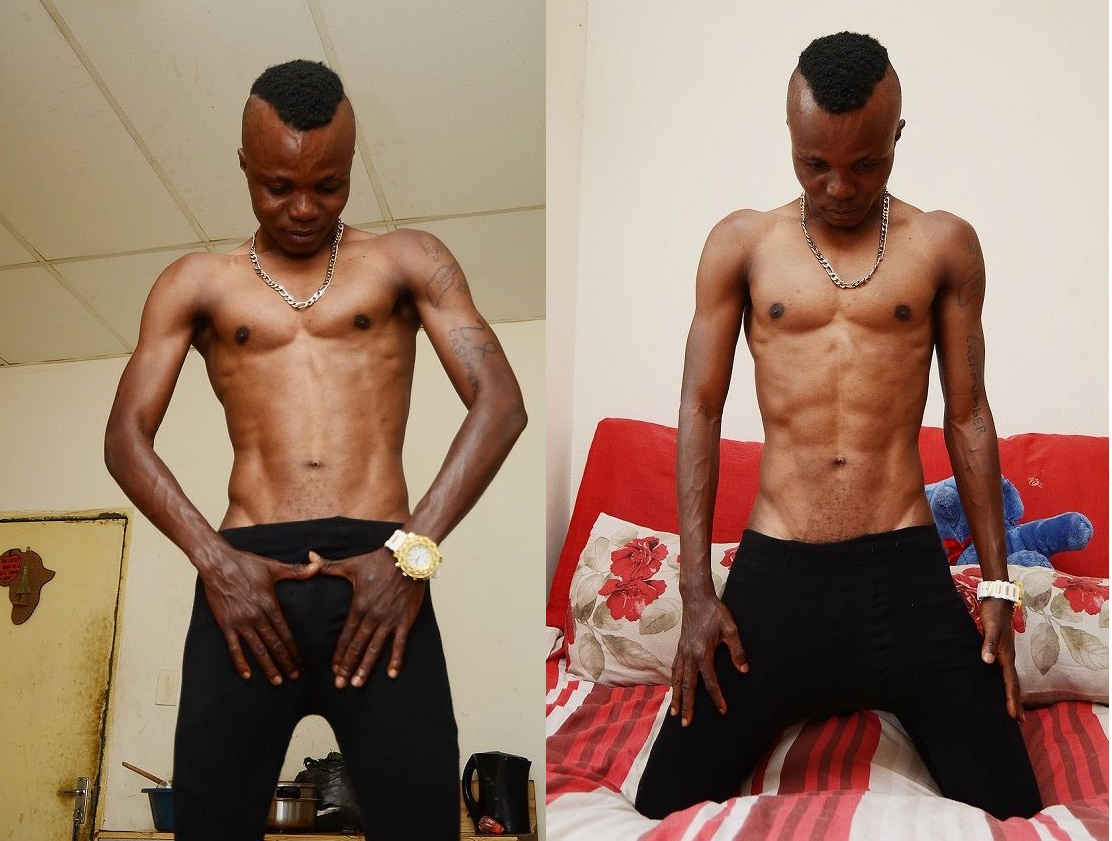 26-year-old musician Romeo Malik, a Congo native who stays in Johannesburg. Malik says being big is not a blessing as some people think. Coincidentally, Congo, where Malik is from, has come up in many statistics as being the country with the most well-endowed men in the world.

“From a young age, I have always been teased about it, even by relatives.
“They often would say that I’m a man stuck in a child’s body, and that my wife would one day be tortured.

“That made me very self-conscious about it. So I grew up knowing that I was not of the average size as my peers.”

When Malik reached puberty, his manhood had reached a substantial 10 inches in length, and when he started being s£xually active, it became a problem.

“Women would scream murder when we made love, and that would basically be the last time I saw them 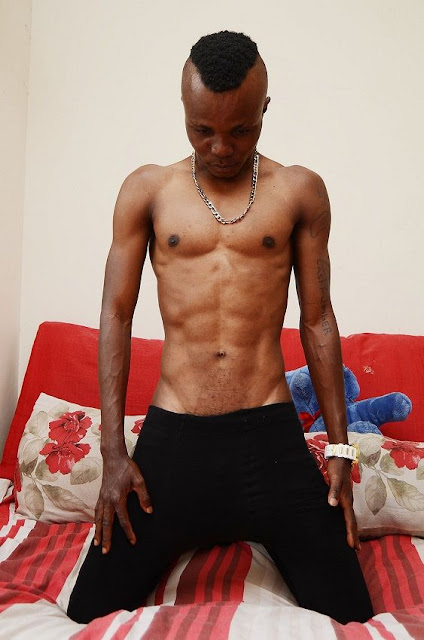 “I have not had a serious relationship to this day, because the minute they discover what I have to offer in bed, they run a mile. It is really disheartening and leaves me to survive on hand jobs”

Despite this, Malik says he has no hopes of reducing his manhood, as he believes God gave it to him for a reason, and he still hopes that he will one day settle down with a woman who will love him for who he is, and start a family.

S£x therapist Godivah says most people have the mentality that having a larger-than-life penis is ideal, but it's not often the case.

Godivah says that women can have s£x with men with extremely large penises, but it is all a matter of learning how to.

"My advice to women who encounter a man with a larger-than-normal size would be to stock up on lubrication.

"My recommendation would be a water-based lube such as KY Jelly for condom users, and cold-pressed oils such as coconut or olive oil for committed and tested monogamous couples," she said.

"Nerves also tend to play a role so you need to calm down because the more you tense up, the more tense and painful things will be. Some women also think that being drunk will help them get through it, which is not the case.

"Actually, being drunk has the opposite effect in that you will not realise when things are getting unbearable, and you could really hurt yourself in the process.

"Go slow, take your time and you will find that over time, your elastic vagina adapts to the size of your man, big or small."

Godivah offers advice about what positions are ideal for couples with this unique problem in the bedroom.

"The best position is the missionary position, as well as him lying on his side."

As for the men with a giant penises, Godivah says that her best advice would be to respect their partner and not rush the s£x but rather ease into things until their partner's body has adjusted accordingly.


This post first appeared on The Edge Search, please read the originial post: here
People also like
Best DIY Fun Family Yard Games
Giant Piece of Space Junk Expected to Crash into Earth this Weekend
Why the BigCommerce and Walmart Partnership Is a Big Deal

Musician Romeo Malik having big 4-5 is not a blessing Ladies are scared, i survive on hand jobs