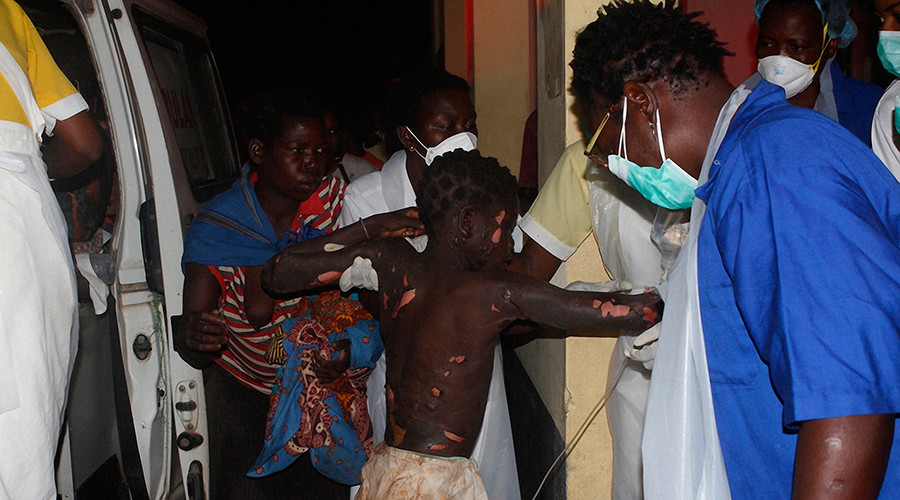 A Mozambique truck delivering petrol overturned and then exploded, claiming lives of at least 73 people. The government said the incident occurred when locals tried to siphon fuel from the overturned vehicle.
WARNING: TWEETS CONTAIN EXTREMELY GRAPHIC IMAGES
Some 110 more people were injured and have been taken the Provincial Hospital of Tete, as well as health centers in Zóbuè and Moatize.

The truck was carrying petrol to Malawi from the port city of Beira, the Mozambican government said in a statement.

The vehicle was passing through the town of Caphiridzange in Tete province, near the Malawian border, when it overturned and subsequently exploded at around 15:00 local time.
“The incident occurred when citizens tried to take petrol from a truck,” the government said in a statement quoted by the Independent. “Because of the heat, the truck burst into flames.”

The government first put the death toll at 43, then raised it to 73. Authorities are now investigating the incident. A multi-agency task force has been dispatched to the area.