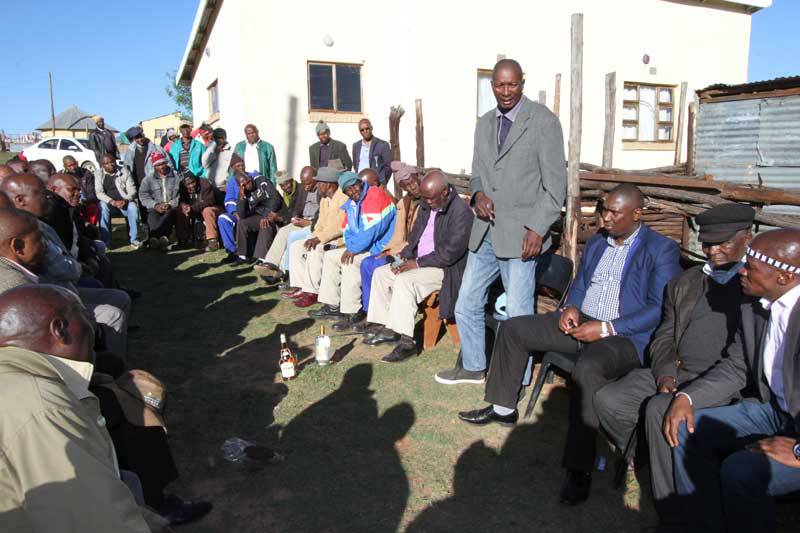 Prince Azenathi Dalindyebo, recently appointed as acting King by a faction of the AmaDlomo family of abaThembu, has solidified his plans of ascending to the throne.
On Sunday, a large abaThembu delegation travelled to Ncorha near Cofimvaba for lobola negotiations with the Amaqwathi nation.

xWays Hoarder xSplit Slot Review
Top 10 Biggest Blackjack Jackpots
iPhone 12 Line-Up Tops Charts in Q1 2…
Zoom Meet
How to Know if You Have a Strong-Will…
For a leader to be fully recognised in the traditional African setting, they must have a wife. 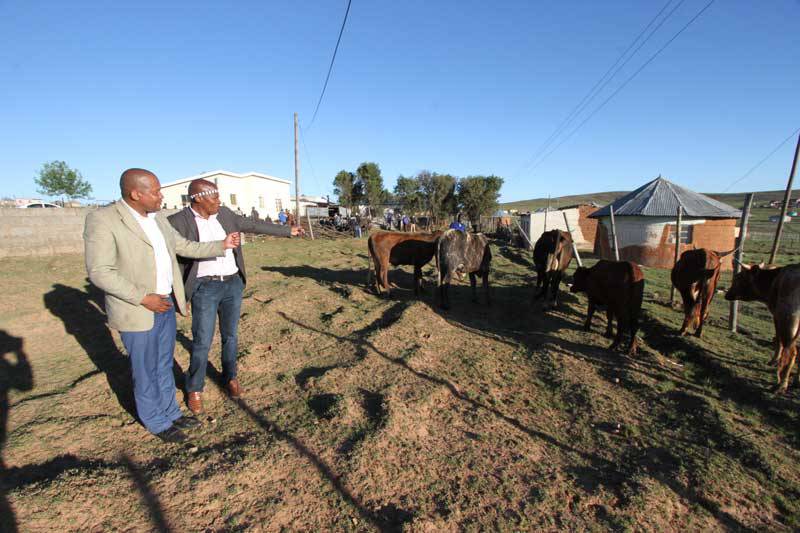 There was ululation, dancing and singing as the abaThembu and amaQwathi nations finally reached agreement in the lobola negotiations allowing Prince Azenathi to wed his wife-to-be Ongezwa Zwedala.
AmaQwathi and the Zwedala family wanted 30 head of cattle and abaThembu paid 25, including live cattle and cash, totalling about R250000.
The agreement was reached after a long meeting of leaders of the two parties – the abaThembu led by the king’s youngest brother, Prince Siganeko Dalindyebo, and the amaQwathi led by the clan’s leader, Chief Zwelakhe Makhi Dalasile.
The traditional royal wedding will be held at Bumbane great place outside Mthatha on Friday.
Azenathi will be inaugurated as acting king on November 25.
The Dalindyebo delegation was greeted with ululation and chanting women last weekend when they entered Ncorha Flats and Azenathi was officially accepted as son-in-law.
To ceremoniously seal the deal, sheep were slaughtered.
Earlier in the day, elders Chief Thandisizwe Mtirara and Chief Dumisani Mgudlwa evoked the spirits of the late kings and ancestors and had a prayer at Bumbane before emissaries (onozakuzaku) left for Ncorha. Azenathi’s mother, Queen Nocollege Dalindyebo, led a group of women who ululated and danced as the delegation left Bumbane for Ncorha on Sunday morning.
Siganeko and his delegation were faced with fierce and powerful amaQwathi negotiators led by Dalasile, Chief Somidaka Zweloxolo Stokwe and amaQwathi royal spokesman Prince Dabulingwe Ndzima.
Siganeko and Ndzima, speaking to the Dispatch, agreed that while there were fears that the negotiations could deadlock, the process went smoothly.
“We are happy to have come this far with the abaThembu on the issue of matrimony.
“This was not an easy task and at times needed special wisdom.
“But we are happy that in the end it came to a point where we can allow their son to make our daughter his wife,” said Ndzima, speaking on behalf of Dalasile.
Siganeko stressed that Ongezwa, who is to celebrate her 20th birthday in January, was to be the mother of the nation and queen of abaThembu and amaDlomo.
“This means that his majesty will have the princess of amaQwathi as his wife – for the nation … [she] will bear the heir to the throne,” said Siganeko.
He added that the amaQwathi and abaThembu went a long way back and had stuck together during times of need.
“In fact this wedding is a way to strengthen the working relations between the amaQwathi and abaThembu. It was traditional leaders from amaQwathi who fought hard to protect the late King Sabata Dalindyebo from being overthrown and it was they who ensured that there was stability and order when King Sabata was being persecuted and forced into exile.
“It was also amaQwathi who ensured that the current king Zwelibanzi [King Buyelekhaya Dalindyebo] ascended to the throne.
“We have such relations with amaQwathi. And now Prince Azenathi is sealing and cementing that by marrying a princess of amaQwathi,” said Siganeko.
Chief Mgudlwa, who was at Bumbane, unpacked the process that will now be followed.
“It means that it’s all systems go. We are now looking forward to Friday,” said Mgudlwa.
He said that all the customary practices followed when a king or his son marries would be observed.
“This is a royal wedding. Among the many rituals that we will have are the udulu [the bride’s delegation], ukutyiswa kwamasi, ukuhlatywa komkhonto [plunging of spear in the kraal gate], and inkomo yempothulo, ukwambeswa [sharing of gifts]. These are very important to our cultural practices as abaThembu,” said Mgudlwa.
On Sunday there will be a multidenominational service to pray for the couple, which will also be held at Bumbane.
Mgudlwa said all the kings and queens from all the royal houses in South Africa had been invited, as well as several from beyond the country’s borders.