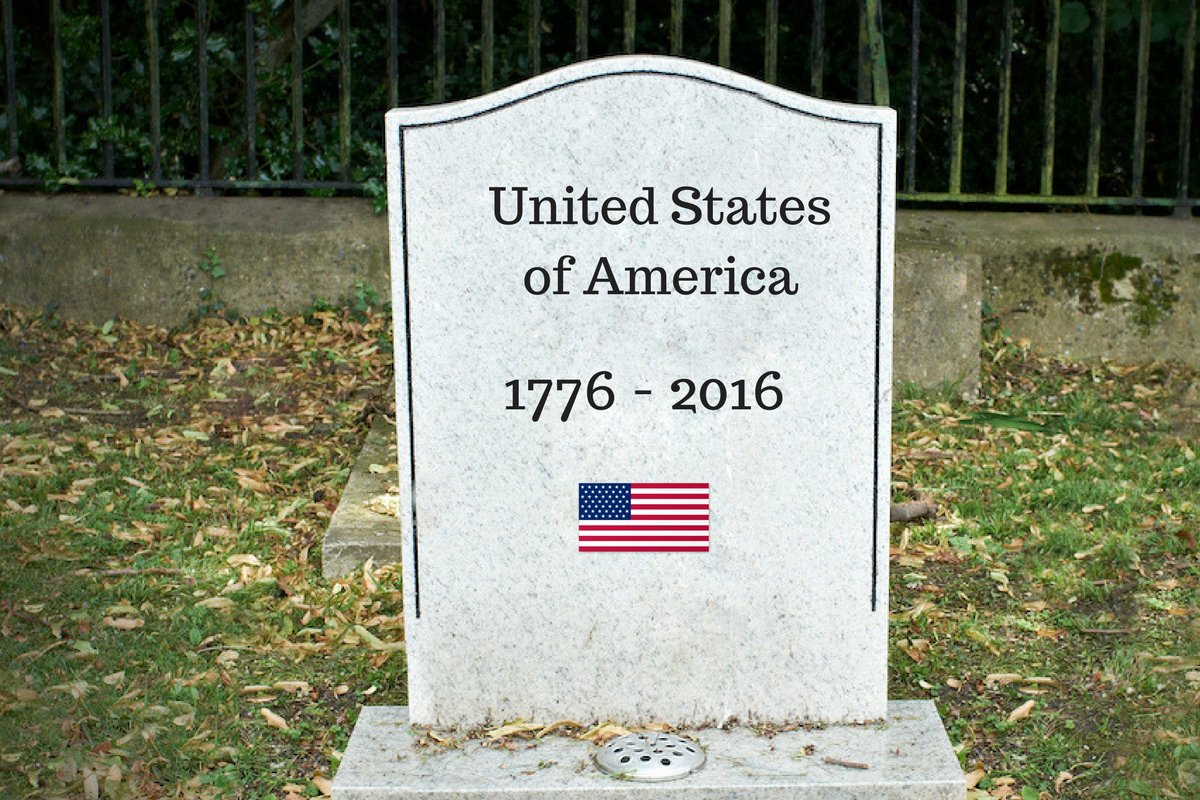 Donald Trump will be named the next US President today after taking a huge lead over Hillary Clinton during the vote count.
And the world is already mourning the 'death' of the United States.
Thousands of people are taking to Twitter with the hashtag #RIPUSA to express their shock at Trump's shock win.
One thing everyone can agree on is that history was definitely made yesterday.
Here are just some of the reactions as the world wakes up to the news.

How can Americans be so dumb as to make lying racist sexual predator Donald Trump President?

It's over. I can't believe Trump will become our president. #ripUSA
— Francisco Munoz (@PanchoM15) November 9, 2016

How people will find the US when they wake up to see that Donald Trump won the election #RIPUSA #ElectionNight pic.twitter.com/z7Ftnsm1rT

"He's not my President"

One person even noted a 9/11 similarity

"Jesus will be here"

Actual conversation I had to have with my sister tonight. What is happening?! We had hope and promise for 8 years. #ripusa #Election2016 pic.twitter.com/aGSchRZJUY
— Alexandria (@nownonblonde) November 9, 2016