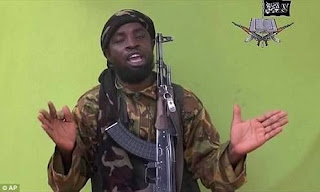 The Nigerian Airforce says the wife of the leader of the Boko Haram Terrorists (BHT) Organization, Mallama Fitdasi, might have been killed in a recent successful airstrike on Durwawa settlement on the outskirts of Urga near Konduga community in Borno state.
A statement by the Director of Public Relations and Information of the Nigerian Air Force, Olatokunbo Adesanya, Mallama Fitdasi is believed to have been representing her husband in a coordinating meeting with other terrorists at the location of the airstrikes.
It is recalled that the Nigerian Air Force (NAF) had reported the successful aerial attack of a large number of Boko Haram terrorists at Durawa on 19th October.

Brittney Griner's Cannabis Charges In…
A Top ISIS Official Assassinated By U…
Battle Damage Assessment had indeed revealed that the aerial attack set off a fire, causing damage to the Boko Haram terrorist structures within the settlement and neutralized most of the Boko Haram terrorists with a few of them fleeing the location. Efforts are ongoing to confirm the reported killing of Shekau’s wife, alongside other BHTs.


This post first appeared on NnekaTorti, please read the originial post: here
People also like
Brittney Griner's Cannabis Charges In Russia: What's Next For The WNBA Star?
A Top ISIS Official Assassinated By US Drone Strike In Syria