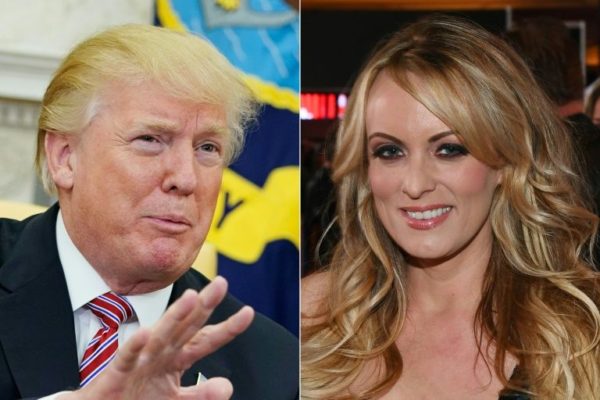 Trump tweeted that his personal lawyer Michael Cohen used a retainer to pay off Stormy Daniels, who claims to have had sexual relations with the now president.

But Trump slammed claims of an affair with Daniels — whose real name is Stephanie Clifford — as “false and extortionist.”

[next]
The sexual encounter allegedly took place in 2006, four months after Trump’s wife Melania gave birth to their son Barron.

Cohen’s payment was made days before the November 2016 US presidential election, potentially violating campaign financing laws.

In a burst of tweets, Trump denied the hush money was connected to his campaign, calling it a “private agreement.”

The admission came at an awkward time for Trump, hours before he hosted religious leaders at the White House for a National Prayer Day event, which the first lady did not attend.

[next]
Trump ignored questions about the issue from the press, and guests, many of whom were political supporters of the president, shouted “shame on you” at reporters. 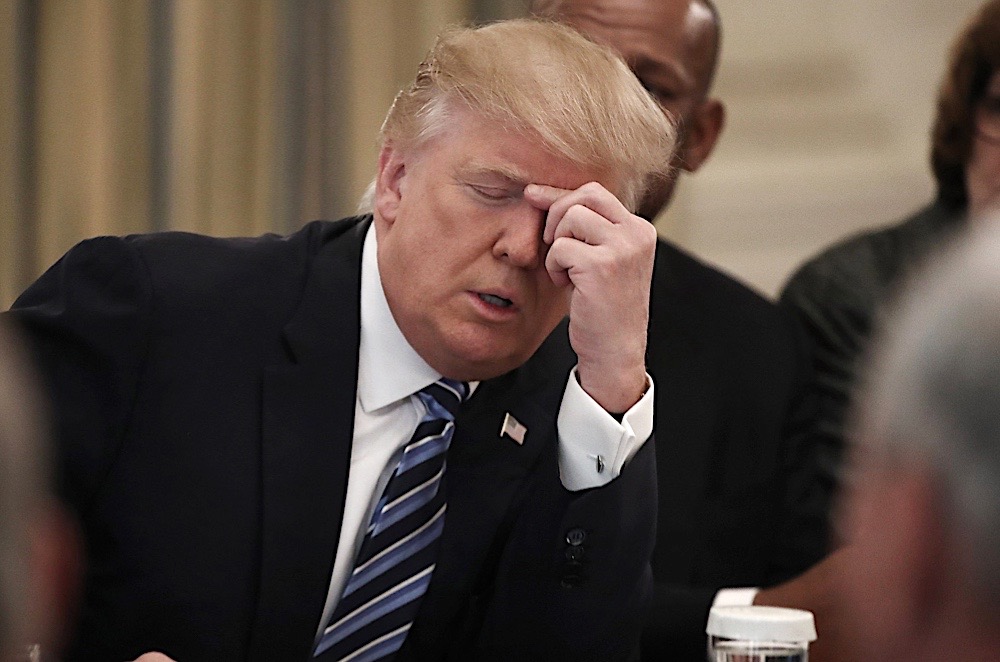 Rudy Giuliani, the former New York mayor who recently joined the president’s legal team, was first to disclose on Wednesday that Trump had reimbursed Cohen for the payment over a period of several months.

AP reports that, the news shocked many including White House Press Secretary Sarah Sanders, who has for months claimed Trump had no prior knowledge of the payment. 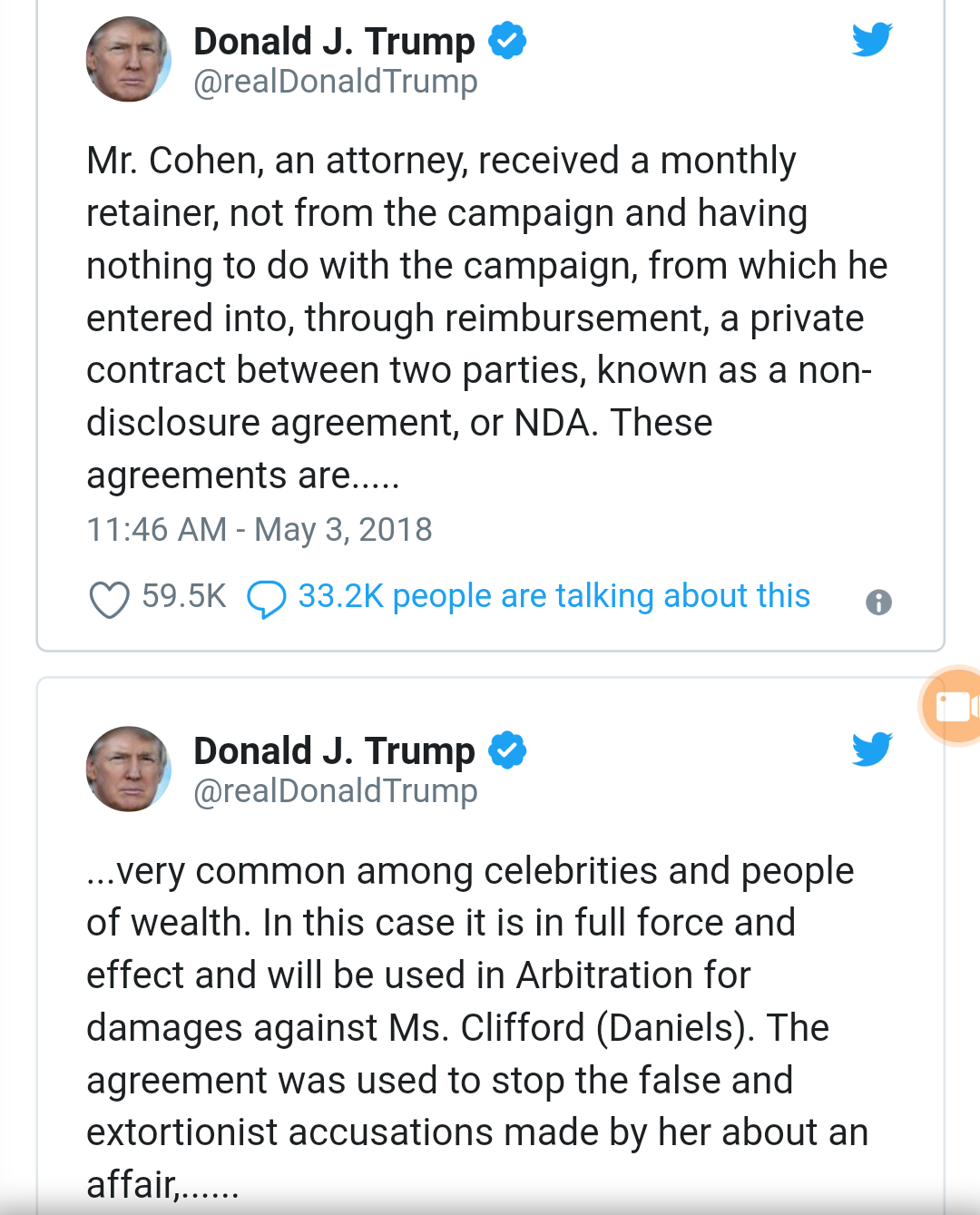 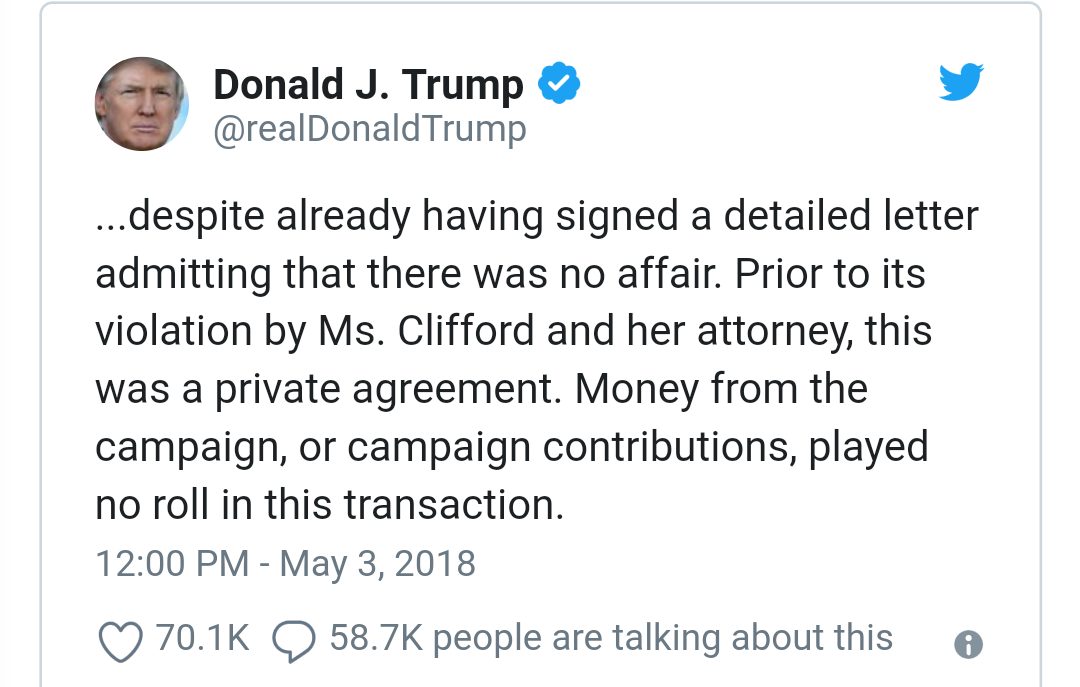