45-year-old Pasquale Pagano, who played Santa at a Christmas School Party in Southern Italy, has died. Paganodied while handing out presents.

Statement from Gino Rossi Vairo institute in Agropoli said are clueless as to what led to Pagano’s death, however a mother of one of the pupils reported said his face turned blue, suggesting that Pagano might have had a heart attack.

“An ambulance was called and they tried everything to save his life but there was nothing they could do for him,’’ the mother whose name was not published, told the pape 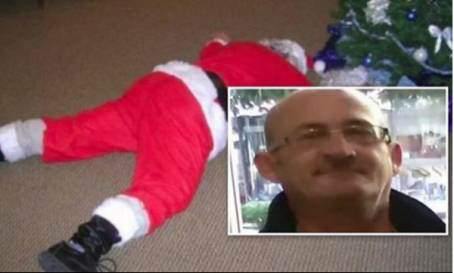