Obviously, self-acclaimed dancehall artiste, Shatta Wale has become the little ‘mosquito’ in the nets of most artistes wanting to infect them with the malaria parasite.

About a week ago, he called VVIP group in a Facebook live stream that, they are fools and that he feels sorry for them.

He accused them and a couple of other veteran musicians that they are the cause of Ghana’s dying music industry.

Well, Prodigal, of VVIP has commented on the issue and stated emphatically that, VVIP as a group will never perform on the same stage with Shatta Wale.

According to Prodigal, he is very much disappointed in Shatta Wale for his recent nuisance and folly and believes he, Shatta Wale has a big problem which needs to be addressed.

He said this as a result of Shatta Wale’s unnecessary beefing with Nigerian artistes, firing off bulletsin the air and slapping his bodyguard.

Prodigal of VVIP made these statements in an interview with Andy Dosty on Hitz FM’s Daybreak Show.

Prodigal hinted that “Me and my crew, we will never ever be on any show Shatta Wale is on. Whether they are paying us billionsor whatever unless the guy change his attitude and the vibeis right.”

Prodigal also maintained that “we don’t hate him, we love him as a brother but people around him are using the boy against people and it is not right.

He is a nice guy and when I first met him, I don’t know now.

He really needs to change his way and all the SM fans need to pray for your leader.

”“He was on stage mentioning our names, [including] Obrafour and the rest, VVIP is not on that show and I don’t know why our name has to be coming out of his mouth.

But some Ghanaians allow him to do that and I feel it’s about time we have to put a stop to a lot of things in the industry,” Prodigal stressed!“We don’t hate him.

You can’t hate your fellow human being. All his true fans, if you are true Shatta Wale or a true SM fan, you have to pray for him.

“Now, I see him as a deathtrap and he is not going to do his thing to push something on us for us to have a problem with him.

We are not in for unnecessary violence stuff or to go and fight Shatta Wale”.

The member of the ‘Koliko’ hitmakers concluded that Shatta Wale is his colleague musician and for that matter would always wish him well. 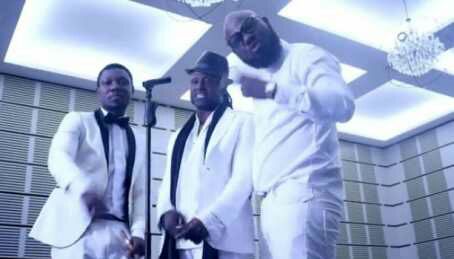 Thando Thabethe and Cassper spotted together in LA, is it a coincident?