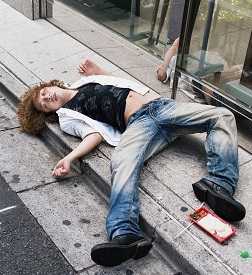 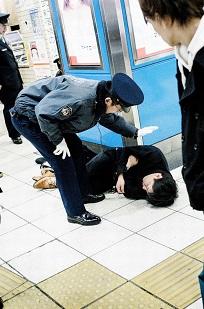 Japan has a relatively tolerant approach to public drunkenness - they leave people to sleep it off even if it's on the streets. More photos... 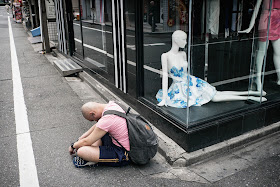 Beer, wine and whisky are popular drinks in Japan - but the traditional sake (rice wine) is still very much a part of everyday life 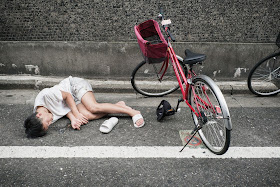 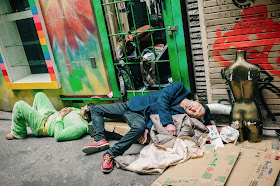 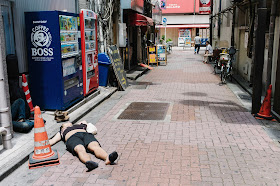 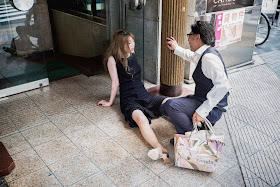