After his public fight with Yetunde Bustline Oduwole, Babatee has resulted in celebrating his new family online inwhat he terms something peaceful.

You will recall in 2015 that, London big girl and socialite, Yetunde Bustline took tosocial media to cry and lament how she helped Babatee, but the actor in return allegedly paid her back with evil.

The Queens of Pop: In The Mix
First Night of the Seven (7) Nights o…
Tips to make your journaling easier
Earn Extra Income From Home
Overcoming Common Weight Loss Challen…

Babatee also spoke and said, he was lured into the ‘ungodly’ union and she didn’t help him like she claims.It was so messy and we had a handful of their stories on our blog pages.

Fastword to 2017, the lady who was called out in between the drama, Dupe Odulate, who also spoke by the way and also sent yours truly a personal mail which was published when the whole matter was on fire, is happily married to him now, and she also flaunts him on her IG.

In fact she refers to them (she and baba tee) as twins. 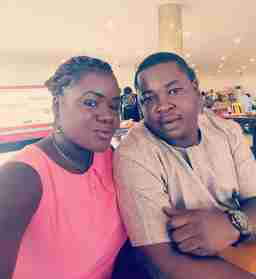