A School bus full of students swerved off a steep road in Tanzania on Saturday morning and fell into a ravine, killing 36 people -- 33 of them children, authorities said.

The fatal crash happened in city of Arusha in Tanzania's northern Karatu District, on the edge of the Ngorongoro Conservation Area. 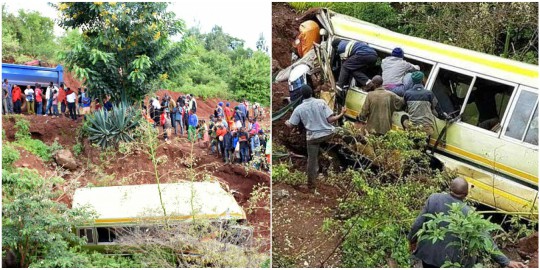 "The place where it happened is a hill, with a steep slope, and it was raining when the accident happened," Aruba Police Commander Charles Mkumbo said.

Mkumbo added investigators were still trying to determine exactly what caused the bus to leave the road.

"We don't know if the driver was new or if there was a mechanical defect," he said.

CNN reported that the bus driver and two teachers on board, were also killed in the crash. Two of the students survived but were critically injured.The primary school students, aged between 12 and 13 years old, were on their way to another school to take an exam.
Tanzanian President John Magufuli expressed "great shock and sadness" over the crash.

"The accident has cut short the dreams of students who were preparing to serve the nation," Magufuli said.

More than 3,000 people are killed each year on Tanzania's roads, according to government data. More photos after the cut; 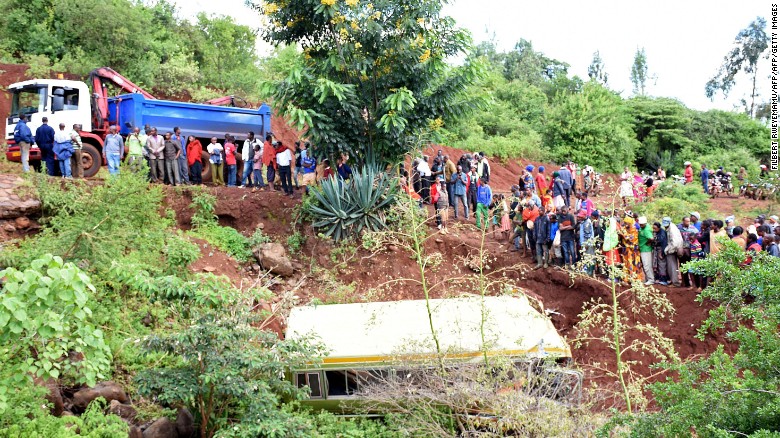