In the emotional tribute written by his son, a Liverpool fan, Jordan thanked his father for being ‘the best he could be’ before pleading with him to ask God to makeLiverpool win their Premier League game on Saturday, February 11, 2017, which ended 2 – 0 . 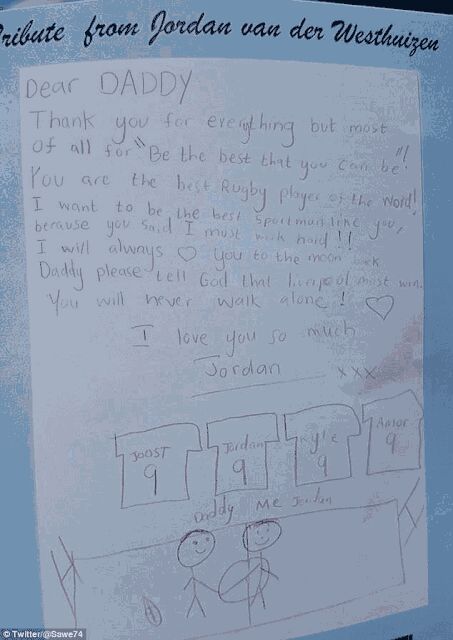