Students Desert Their School Over Forceful Vaccination by Army in Delta State.

The School Children in Ugbomro community, were scared and consequently ran out of their schools for fear that soldiers were approaching to forcefully inject them with suspected substances.

Recent updates show that virtually all schools have become empty with no students or teachers available for activities.
The incident has caused serious tension in the area as parents were equally seen running down to pick their children from school at about 9am.

Teachers also vacated the school premises to avoid getting mobbed by the fearful parents.
But the Delta State Commissioner of Police, CP Zanna Mohammed Ibrahim, in a statement signed by the Delta State Acting Police Public Relations Officer, DSP Andrew Aniamaka had on Wednesday October 11 told Deltans to dispel the rumour that security agencies were engaged in forceful vaccination/injection of school children with suspected substances in neighbouring Anambra State, and are likely to come to schools in Delta State to do so.

CP Ibrahim insisted that there was no cause for alarm as Delta is safe, calm and secure.
While further insisting that the rumour was spurious and orchestrated by mischievous elements whose sole aim is causing unnecessary panic and rowdiness in very peaceful and orderly state, CP Ibrahim called on Deltans to disregard the rumours and go about their lawful businesses and to be well assured that the command will continually do all within its power to ensure their safety and security. 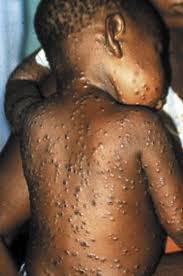 Students Desert Their School Over Forceful Vaccination by Army in Delta State.