Prison authorities, yesterday, assured that security has been fortified at Kirikiri Prison where notorious kidnap kingpin, Chukudemebi Onwuamagbu aka Evans, is awaiting trial and stated that he had no plans to escape from the prison as being rumoured.

Importance of SEO to SC Businesses
Online Massage Therapy Courses, are y…
Areola Reduction Surgery: Cost, Proce…
Afghanistan’s Pivot to Crypto: Will I…
Discover the Magic of Venice in Novem…

During a musical concert organised by Lamboginny in conjunction with the Nigeria Prisons Public Relations, Officer of Nigeria Prisons, Francis Enobare at Kirikiri Medium Security, Apapa said that “the suspect was in high spirit and his lawyer had free access to him.

According to the Deputy Controller of Prisons; the notorious billionaire kidnapper popularly known as Evans did not plot to escape from our custody as claimed. The report is mere rumour, he is hale and hearty.
“There is no truth in that story published by one media house (name withheld) that Evans plotted to escape from our custody. He is in high spirit and he sees his lawyers as he wants. He has never plotted to escape since we took custody of him. The security around him is very tight; all our prisons are well fortified.”
He added that the musical concert was an avenue to build and discover talented youths inside the prison.
In his speech, Lagos state Controller of Prisons, Mr Tunde Ladipo, stated that the programme was put together to reshape the lives of inmates and make them more useful to themselves and the society after serving their jail term, adding that there were lots of talents behind the wall.
He advised the inmates to engage in productive behaviour, shun crime and any act that could bring them back or tarnish their image after serving their jail term. “When we discover them, we give them courage to build themselves and be useful to the society.”

Meanwhile, the organiser of the concert, Yinka Lawanson, popularly called Lamboginny said he would continue to partner with the Nigeria Prison Service to hunt and discover talented youths inside the prison. He also used the occasion to launch his album titled SALT. “The inmates were so happy. That is why I call on government to decongest the prisons.

There are many talented young men and women in the prison who felt that all hope was lost because they are unable to pay their fines. This partnership between me and NPS that gave me the idea of launching my new album in the prison. I believe this concert will give the inmates courage and make them to discover their talent,”he said. 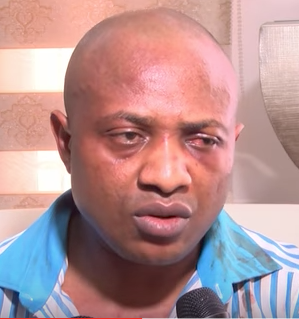