lot of Women feel afraid when walking the streets alone at night - all you have to do is ask around to realise just how many of us are fed-up with walking home clutching our keys between our fingers.

Of course, two men can be extremely unequally matched when it comes to strength and size, but the sad truth is that the majority of women can put up little fight against the majority of men purely because of our biological make-up. And that’s a scary thought.
Progress certainly needs to be made to reduce attacks - be they sexual assault or robbery - but as that doesn’t look likely any time soon, learning self-defence is a wise move for women of all ages.

Most popular jewellery this Christmas…
Dacryphilia: The things you need to k…
Equipment for IVF and Andrology Lab
Among Physicians, Men Make More Than …
Best Home Sauna To Stay Warm All Wint…

Top British mixed martial artist Helen ‘Hellraiser’ Harper, who specialises in Jui Jitsu, believes all women should know more self-defence because it brings not only safety but confidence.

“In my opinion, women don't have the confidence they should in life let alone in defence,” she told The Independent. “Learning to fend off an attacker can not only help women to have peace of mind when walking alone, but also increase confidence, independence and a general sense of achievement.

Widely-considered one of the most effective and practical forms of self-defence is Krav Maga - not technically a martial art, but rather a tactical defence system.

“Martial arts tend not to change but Krav Maga is constantly developing,” London-based Krav Maga instructor Sarah Brendlor told The Independent. She, like all instructors, has to train a minimum of nine days a year to maintain her license and ensure her techniques stay up-to-date.
Originally developed in the late 1930s by Hungarian-born Israeli martial artist, Emrich "Imi" Lichtenfeld, it was used by the Israeli army before being redeveloped for civilian use in the 1960s.
Krav Maga translates an 'unarmed combat' and was designed to be learned very quickly - it’s based on natural reactions: “Krav Maga takes your natural instincts and makes them more efficient and effective,” Brendlor explains. 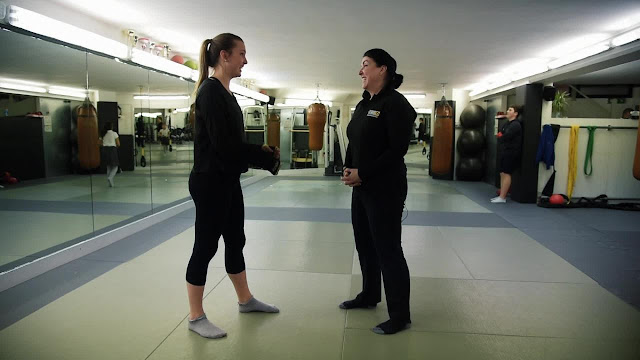