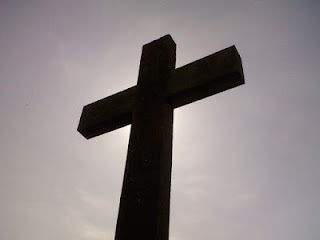 A tithe donor whose identity has been made anonymous by a local church, NKST Church, ‘Non go Kristu U Sudan hen Tiv’ (which means, the Church of Christ Amongst the Tiv) in Makurdi, Benue State, shocked church members when they offered N42 million to the church as a tithe. The tithe was reportedly paid into the church’s UBA bank account.

Best Things to Do in Cadaques, Beauti…
Homemade Root Beer Float Popsicles
Rockers The Cold Stares Release New “…
“The Friend Who May Not Seem a Friend…
ALBUM: Sun-EL Musician – To The World…
When some church members heard of the tithe, they told other members of the church of who got annoyed that the church got such donation while their salaries hadn't been paid by the Government for many months.

The main reason residents got aggravated by the tithe was because they believed the donor was a government official.

The resident pastor of the church, Dr Frederick Ikyaan, initially denied that such money was credited into the Church's account.

However, a copy of the church’s quarterly financial report, from January 2017 to March 2017, revealed the credit of N42 million tithes to the church in January 2017. This makes the donation the highest single offering from an individual for the quarter.

After the financial report was shown, Pastor Dr Frederick Ikyaan admitted that they received the donation, adding that his initial denial was based on the allegations that the donor was an appointee of the Benue State Government.
He said: “I still stand by my words that the person that gave us that money is not an appointee of the state government. In fact, he does not even stay in Benue but is an indigene of the state.”
Adding that it wasn't a crime for the church to receive tithe in such large amount, insisting that the church has nothing to hide.

Residents of the community think the donor must be a government official and insisted that they needed to know the legitimacy of the person's income. Arguing that for the donor to have donated N42 Million to the church as a tithe, that means they must have made an income of N420 million in the month that they made that donation.

The church has still not addressed the allegations, also refusing to reveal the donor's name.


This post first appeared on Welcome To Ink And Pen's, please read the originial post: here
People also like
Best Things to Do in Cadaques, Beautiful Town in Costa Brava
Homemade Root Beer Float Popsicles
Rockers The Cold Stares Release New “Heavy Shoes” Video
“The Friend Who May Not Seem a Friend” – The Cat and the Fire, Post 2 of 3
ALBUM: Sun-EL Musician – To The World And Beyond
Gulf Islands – On Foot – Part 2
Netflix’s Warrior Nun Review: A War To End All Wars
Top 10 Tech Under Rs. 2000 – Budget Shopping List
8 Amazing Personal Benefits of Volunteering
Egypt’s health ministry launches blood donation campaign in cooperation with Facebook