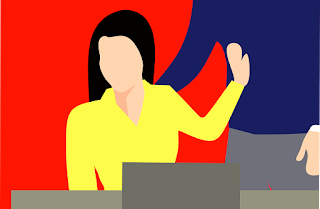 Image by mohamed Hassan from Pixabay
Recently a Woman accused a candidate, eager to be President, of Sexual assault. Allegedly, this incident occurred in the nineties.  Then a second woman came forward doing an interview accusing him of unwanted touching at a fundraising event in 2009.
Whether these allegations are true or not, I do not know, but I do have a message for all men, no matter what position you hold: Please be very careful as to what you say or how you act around Women in the office or any space. Some words, phrases, or physical acts can be misinterpreted.

Biden-Harris Administration Announces…
Madame Tussauds Museum, San Francisco
Spirit of Praise & Women In Praise – …
Lincoln City Finders Keepers: Special…
Man United's American suitors Apollo …
The following are some examples that can land you hot water.
A worker at a complex said to a resident, “I was thinking about you last week.”
Back in the late sixties, an employee put his arm around my shoulder without my permission. I politely removed his hand. I was in my early twenties at the time and choked it up to him behaving badly.
In the early seventies, a co-worker patted me on my behind. In an angry tone, I said, “My brother could never do that to your sister.”
I remember my mother, who passed away in 2019 at age 95, said a male employee had chased her around the office. He thought that was funny. Moreover, this occurred in the early fifties.
What makes some men think they have the right to approach women in uninviting matters is complex. Although I took an anthropology course in college, I am by no means an expert when it comes to men and how they see or approach women daily, but I do realize sexual harassment, sexual misconduct, or sexual assault is nothing new. The only difference is women during my mother or grandmother’s era did not have the option to file a complaint to someone in authority nor were these acts taken seriously.
Today, many women refuse to remain silent, and the next thing you know someone is accusing you of a sexual transgression. My advice to all men is to always be professional at all times, and always think before you open your mouth or approach a woman. Your actions, whether they occurred twenty years ago or two weeks ago, do have consequences.