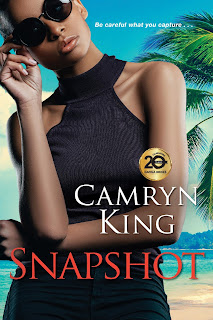 An ambitious photojournalist. An uber-dedicated enforcer. And an explosive, high-profile scandal ignites Camryn King's provocative new thriller…
Breathtaking oceanfront views, friendly locals, festive meals. At first, award-winning photographer Kennedy Wade’s magazine shoot in the is more play than work. Until she loses 48 hours of her life after flirting with a sexy stranger. Until her camera goes missing—and once back in the States, she feels certain of being watched. So when Kennedy gets an unmistakable warning to quit digging deeper, she’s not about to give up.

Hired an Autosleeper Duetto
Mr Eazi & King Promise – Call Waiting…
Wuhan Weather Report
The Spring of Khosrow Carpet
Three Lucky things that have happened…
His instructions: confidential. His orders: stop a traitor from posting photos threatening national security. But former Special Ops agent Zeke Foster’s instincts are telling him something isn’t right with this picture. Especially as Kennedy challenges his special skills and lethal tenacity to get her life back and find the real story.
Soon she has evidence that casts everything she and Zeke thought they knew in doubt—and puts them on the same team. Nothing will stop Kennedy from exposing the truth. Not losing her career, being personally exposed, or a cost far more than she ever imagined . . .
Buy Link
@@@@@@@@@ 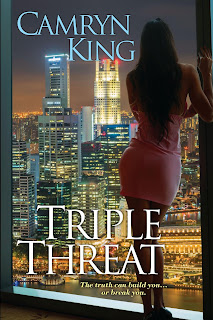 A tenacious reporter. A billionaire philanthropist. And all-access secrets that won’t leave anyone safe fuel Camryn King’s relentless new thriller . . .
Mallory Knight knows all too well how perfect lives can be illusions. Her best friend, Leigh, seemed to have it all. But then she’s found dead. Suicide, or so they say. Mallory isn’t convinced and decides to put her investigative journalist skills to use in a whole new way.
To the rest of the world, superstar athlete Christian Graham seems perfect—he is kind, honorable, and easy on the eyes. But after discovering his name in Leigh’s journal, Mallory wonders if there are secrets behind his megawatt smile. If every generous public gesture is a lie.
Challenging the popular superstar puts Mallory’s career and reputation on the line. But she won’t back down in her pursuit of the truth—even if the cost is her job . . . or her life.
Buy Link
@@@@@@@@@ 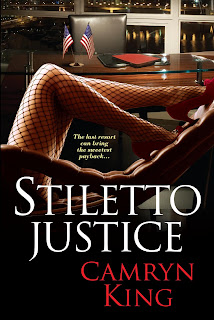 Camryn King’s sizzling debut novel delivers an intriguing tale of three resourceful women with a ruthless senator in their sights—and even more explosive ways to take him down . . .
A successful businesswoman who used to play by the rules. A cautious single mother who never took chances. A gorgeous rebel out of money and almost out of time. Each loves a man unjustly charged and convicted by former prosecutor Hammond Grey. They've tried every legal remedy to get justice—only to see climb ever higher up the political ladder and secure himself behind power and privilege . . .
So when Kim, Jayda, and Harley meet in a support group, they've got no options left. It’s time for them to launch Plan B. And they won't stop at infiltrating 's elite world and uncovering mass corruption. Exploiting his deepest weakness is the ultimate delicious payback—and the kind of justice they'll gamble everything to get . . .
“A thought-provoking takedown of the $70 billion commercial-prison industry. Readers might find it’s just the right time to read about women fighting injustice—and one despicable man—together.”—Booklist
Buy Link
@@@@@@@@@
About the Author
To see Camryn King's 2020 travel schedule and stay current on all things lovely, Click Here.
Lutishia Lovely, a.k.a. Camryn King is in love with words. Her diverse career path has embraced almost every form of use imaginable: executive assistant, radio personality, actress, and that which she presently enjoys the most—writer.
She also loves to travel, having visited more than a dozen countries and forty states.
After unpacking her bags, she unwinds by attending a great show, chilling at the beach, reading a good book, or cooking vegetarian masterpieces for family and friends at home.