Green energy has been a big topic in recent years, as electricity from burning fossil fuels generates more greenhouse gases (GHG) than any other human activity. Governments are now funding renewable energy production including wind farming, solar energy and tidal power. Setting up incentives such as Feed-in Tariffs (FIT) or the Domestic Renewable Heat Incentive (Domestic RHI) to encourage homeowners and businesses to reduce their Carbon footprint.

How To Find Your Purpose And Passion …
CBD 2020: What to Expect + Our Top Pr…
Why Friday The 13th Will Be Your Luck…
Digital Currency – A Better Substitut…

Even global manufacturers such as confectionary giant, Mars, have come clean about their emission problems. Mars in particular claims to have a carbon footprint of a small country. Now the company aims to be 100% fossil free by the year 2040. 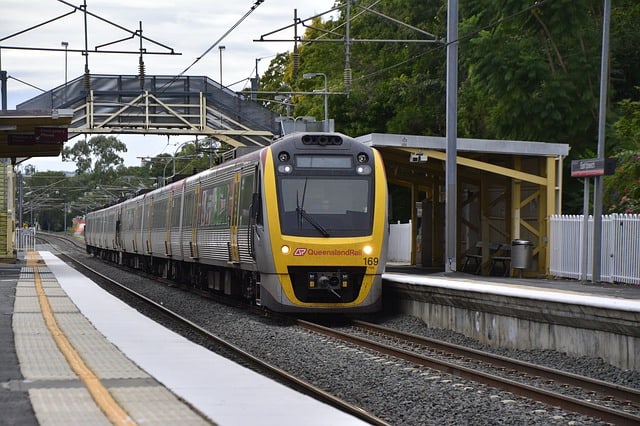 The biggest carbon culprits are acting fast to prepare for a sustainable future. But another big problem we have across the globe is Transport emissions.

Transport makes up almost a quarter of Europe’s greenhouse gases (almost as much as heating and power). It is also the main cause of air pollution in Europe’s towns and cities. Globally, transport totals more than 14% of greenhouse gas emissions (based on data in 2010) and this is created primarily by fossil fuels burned for road, rail, air and marine transportation.

More than 95% of energy for transport comes from petrol and diesel, fuels that are used for all means of transport around the world. But the amount of CO2 pumped into the atmosphere depends on the type of transportation that we choose.

This infographic below reveals the amount of carbon per km per person for planes, trains, automobiles, bikes and ferries. The data is based on grams of CO2 for the different modes of transport, from 0g to 400g per passenger.

According to the infographic, the biggest greenhouse gas producer is the Ropax ferry, creating as much as 400g of CO2 per passenger for every kilometre travelled. Followed by long haul flights (based on first class) or a large petrol car both over 300g. Other high carbon emission producers are large diesel vans, LPG cars, and large petrol vans.

Choosing to travel by ferry as a car passenger can dramatically reduce carbon emissions to 150g. Or opting for economy class on a long haul flight can reduce emissions from 300g to less than 100g.

But ultimately, the greenest ways to travel are by electrical car with solar panels and by bicycle, both at zero emissions. Low emission options are the city underground systems (such as London and Glasgow), Eurostar International Rail, by local bus, and by standard electric vehicles.

Are Electric Cars the Future?

Car makers have been revving up their electric car production and EVs are undoubtedly the future of transport. Not only for private transport, but also as a means of public transport. With global company, Uber Technologies Inc. aiming to test their zero emission flying taxis by the year 2020.

Just last month, Jaguar Land Rover revealed its plans to make only electric or hybrid vehicles from 2020 onwards, following in the footsteps of Tesla and Volvo. And there are a number of highly-anticipated battery-powered models from other car manufacturers, including the Audi e-tron Quattro SUV and the BMW i Vision Dynamics concept, that will roll out over the next five years.

Both the UK and France have shown their enthusiasm for EVs on the road, by pledging to ban the sale of all petrol and diesel cars by 2040. And the Energy Policy Simulator (EPS) by Energy Innovator predicts that electric vehicles will makes up 65% of all new sales in the U.S by 2050.

The future of electric cars is promising and will become help to cut down our carbon footprint on roads, rails, water and in aviation. But eco-conscious drivers don’t have to wait to start cutting their CO2. There are already a number of hybrid EV cars available to buy in 2017. Some of these cars include:

Air travel is without a doubt the bigger generators of CO2, especially if travelling by first class, business class or a short haul flight. Whilst a long haul economy flight can be almost as efficient as the London Underground, domestic flights generate over double the emissions.

The London Overground, the Manchester Metro Link, and the National Rail are some of the most Carbon Efficient Ways to get around in the UK. And British coach company, Eurolines, recently published that the reduction of carbon footprint could be as high as 80% if travellers were to choose international coach service instead flying or driving.

For commuters who usually get around by bus, the next few years could be looking a lot greener. Twelve cities around the world have agreed to agree to buy only zero emissions buses from 2025. These cities include London, Paris, Los Angeles, Vancouver, Mexico City, Seattle, Copenhagen, Barcelona, Milan, Cape Town, Quito, and Auckland.

City councils of the zero emission bus agreement will also work hard to promote walking and cycling in any way they can. This means that some major urban zones across the world could becomes entirely CO2 free in just over 20 years’ time.

Bicycle Cities in the World

The best zero-emission transport option to embrace right now is cycling. Not only is it a great way to keep fit whilst commuting to work, but some countries offer attractive schemes to promote cycling instead of driving or public transport. Such as the Cycle to Work Scheme in the UK and Canada, or the Bike Europe tax breaks in France, Belgium, Luxembourg and Italy.

There are also many cities (particularly European cities) that are transforming their urban landscapes to be more bicycle friendly. Bike sharing is now available in London, Amsterdam, Berlin and many more.

The Copenhagenize Bicycle-friendly Cities Index looks at the best cities for cyclists. Some of the top locations include Copenhagen (in first spot), Utrecht and Amsterdam in the Netherlands, Malmo in Sweden, Antwerp in Belgium, Berlin and Munich in Germany, Strasbourg and Bordeaux in France, Barcelona and Seville in Spain, and Montreal in Canada.

The post The Most Carbon Efficient Ways to Travel appeared first on Earth Eclipse.