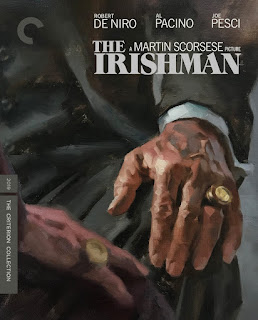 ‘The Criterion Collection’ have recently released a digitally enhanced version of ‘The Irishman’. It was directed by Martin Scorsese; it starred Robert De Niro, Al Pacino, Joe Pesci, Harvey Keitel, and Ray Romano; and it lasts for 209-minutes. Plus, as an extra added bonus, the Blu-ray edition comes with a roundtable discussion between Scorsese, De Niro, Pacino, and Pesci, a documentary about the making of the film, a theatrical trailer, three featurettes, as well as two pre-recorded interviews: One with Frank “The Irishman” Sheeran, circa 1999, and the other with the Teamsters trade-union leader, Jimmy Hoffa, circa 1963.


The Irishman [The Criterion Collection]

Things to consider when you send money to Philippines