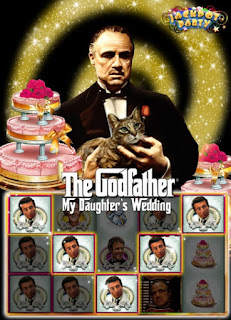 Casinos generally love to offer slot games inspired by the movies. They know that the appeal of the box office is easily transferred onto the casino floor, and customers are more than likely to sit down and start playing at machines which have a recognizable film-name attached. Although, it must be said, that a large portion of these movie-inspired slot games aren’t exactly classics. From 'Sharknado' to 'Austin Powers', all the way down to Chuck Norris’s 'Missing in Action', there is no end to slots which are based on a fun yet trashy film. That said, however, b-list flicks aren't the only flicks that get immortalized in slot form, and even some Oscar-nominated productions are now available to play in online casinos. So here are a few truly epic movies where you can spin and win without an unwelcome helping of cheese.


Ridley Scott is surely the greatest director still active in the industry today, and his Gladiator epic was where Russell Crowe bagged his one and only Oscar. This tale of a Roman general who loses his family and is then sold into slavery, before coming back to reap his revenge in the Coliseum, is truly an emotional experience. It also marked the last screen appearance of the veteran hell-raiser, Oliver Reed, who sadly died on location in Malta.

The accompanying slot from Playtech won’t disappoint movie fans because it draws extensively on Gladiator in terms of graphics, symbols, and even bonuses. If you're lucky enough to spin Maximus’s mask symbol then you will scoop up some great prizes, while the Coliseum symbol also gives access to a bonus round. Are you not entertained? With the Gladiator slot, you will be.


The Wizard of Oz was one of the first color movies made and was even nominated for 5 Academy Awards, winning one for Best Movie Score with ‘Ding Dong the Witch is Dead’, which is my own personal favorite!

Now, as I'm on the subject of numbers and winning, the team over at WMS have made 7 official slots based on this film and are responsible for making most of the machines in Las Vegas. They're best known for their quality and attention to detail, and this is featured heavily in their Wizard of Oz Road to Emerald City title. While the basic gameplay is pretty standard gameplay, the bonus rounds are a blast! With Toto Emerald Trails, Scarecrow Crow Prizes, and Wicked Witch Free Spins available, you are going to have a lot of fun on the Yellow Brick Road to success. Play this one while wearing ruby slippers for extra luck.


I'm afraid to say that Will Ferrell's character in Talladega Nights is wrong because Highlander didn’t win an Academy Award for The Best Movie Ever Made. Even so, it should have won something, especially since this cult 80s classic combines incredible scenery with legendary sword fights, time travel, and a rocking soundtrack supplied by Queen. It also starred the Franco-Scottish hunky-duo of Christopher Lambert and Sean Connery, giving it cross-generational appeal for both sexes.

So, if you enjoyed watching this adventure, then you are going to just love the Highlander slot game, as Microgaming have done a splendid job of meshing the atmosphere of the movie with some decent game mechanics. Free spins, extra wild symbols, and an incredible 243 ways to win will make this one very entertaining. If you seek a slot with a Highland theme, then there can be only one... and this is it.

Alfred Hitchcock’s black-and-white thriller was nominated for 4 Academy Awards, including best director for Hitch and best-supporting actress for Janet Leigh (who's that lovely lady now made infamous for that slasher-rific shower scene). Even today it’s still a fairly frightening film to watch, and its accompanying slot game from NextGen is probably one of the most shocking out there too.

You see, the backdrop for the slot machine is illustrated by a shower curtain, and whenever you spin the reels, a wigged Norman Bates pops out and reveals' the symbols with a thrust of his kitchen knife. Will your stay at the Bates Motel be a profitable one? If you like to give yourself a right fright, then the Psycho slot will have you crying out for Mother!


One of the most celebrated movies of all time is most definitely the 1972 classic, The Godfather. Directed by Francis Ford Coppola and starring Marlon Brando, this Sicilian crime drama is set in New York City, circa 1940, and bagged 3 Oscars and 8 nominations.

Funnily enough, its official slot game from Gamesys perfectly complements the mood of the movie, doing so by setting its gaming arena within the oak-paneled study of Don Vito’s home-office, on the very day his daughter is getting married. With a 1,000x multiplier jackpot, wilds, multipliers, scatters, free spins, a bonus game, and expanding symbols, there are plenty of chances to win. But then again, Vito Corleone might leave you with a horse’s head in your bed. So stake your claim and make your choice, as this is one slot that you can’t refuse to play.

After scoping out this selection we hope you look at movie-themed slot games in a new light. After all, you don’t have to fly out to Vegas to play any of these games, since all the titles above are available in the best online casinos. Of course, the online casino space is ever-changing, and the best casinos today might not be around tomorrow. JohnSlots casino guide will keep you up-to-date with the best-performing casinos of the moment, as well as offering the juiciest welcome bonuses.