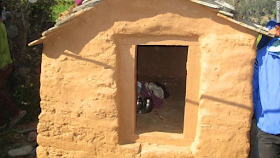 A 15 year old girl from Gajra village in western Nepal's Achham district has died from smoke inhalation after she was separated from her community because she was menstruating and left to sleep in a Menstruation Hut in Nepal.
“Chhaupadi” which is the name given to the Menstruation hut, is a practice in which women are banished during menstruation in Western Nepal.
During Chhaupadi, a practice that dates back hundreds of years ago, girls are kept in small huts with no doors,poor sanitation and poor ventilation and are forbidden from touching other people, livestock, fruits and plants. 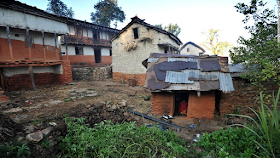 According to Achham district police inspector, Badri Prasad Dhakal, 10 other girls have died in the lst 9 years from the isolation and exposure to environmental factors when left in the menstruation hut while practicing Chhaupadi. 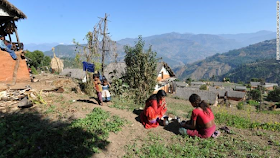 Read a 2011 United Nations report on the practice below;

''Girls are not allowed to drink milk or eat milk products and their access to water taps and wells is limited.

"Some in the Far West still believe that a God or Goddess may be angered if the practice is violated, which could result in a shorter life, the death of livestock or destruction of crops,"

"It is believed by some that if a woman touches fruits, they will fall before they are ripe. If she fetches water, the well will dry up."

'Girls are even banned from reading, writing or touching books during menstruation so they won't anger Saraswati, the goddess of education.


This post first appeared on SpaceVybes, please read the originial post: here
People also like
Unpacking the Historical Relationship of Racism and Ableism
Blackjack Strategy: Tips and Tricks to Learn when Practicing Blackjack
Urban, Suburban, or Rural Practice: Pros and Cons
How to Price Your Craft & Design (part 1)
Impulse Control Activities For Kids: How To Teach Impulse Control