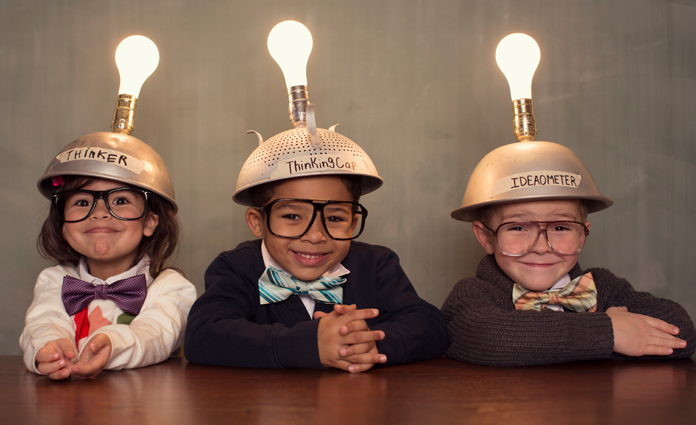 Put on your thinking cap

If you are about to engage upon the lengthy consideration of a question or a problem, particularly when you might be thought to require some inspiration or guidance, you might be encouraged to put on your Thinking Cap. This metaphorical cap presumably warms the little grey cells in your brain ensuring a more considered opinion or the right answer, if you are endeavouring to crack what Sherlock Holmes called a three-pipe problem.

This metaphor has been around since at least the seventeenth century, although the cap in question was a more satisfyingly alliterative considering cap. The English comic writer and actor, Robert Armin, used the term in his Foole upon foole, published in 1605, thus; “The Cobler puts off his considering cap, why sir, says he, I sent them home but now”.

Perhaps the most famous considering cap was the one described in The History of Little Miss Goody Two-shoes, an anonymous work published by John Newbery in 1765. In a chapter entitled The Whole History of the Considering Cap, the author describes a considering cap possessed by a Mrs Margery which was “almost as large as a Grenadier’s, but of three equal Sides; on the first of which was written, I MAY BE WRONG; on the second, IT IS FIFTY TO ONE BUT YOU ARE; and the third; I’LL CONSIDER OF IT”. Whoever had it was encouraged “whenever he found his Passions begin to grow turbulent, and not to deliver a Word whilst it was on”. It was also described as “an universal Cure for Wrong-headedness”.

This figurative use of a cap has prompted some to speculate as to whether it has its roots in practice. Judges did put on caps to pass sentence, at one time for all cases, not just those involving the death sentence. But, methinks, the deliberation had been completed before the headwear was donned. Others point to the fact that in the 16th and 17th centuries the educated classes, those who practised law or taught, often wore caps. Perhaps, they surmise, the uneducated, working classes thought that the headwear enabled them to think more clearly. We are in the realms of speculation and, perhaps, the idea is no more than that the cap helps to keep the head warm and thus ensures that the brain has an environment conducive to thinking clearly.

The, to my mind, less satisfactory, phrase thinking cap appears to have appeared early in the nineteenth century, at least in the printed page, in America, possibly by way of Ireland. The Western Carolinian, on October 16, 1821, exhorted the editor “to put his thinking-cap on, before he hazards another such assertion”. My reason for suggesting an Irish connection is this quotation from the Enniskillen Chronicle and Erne Packet from November 18, 1824; “if thou art not wise enough to take a hint from these proverbs, thou mayest put on thy thinking cap again to guess at my intentions”. Irish migrants took more than their good selves to the Americas.

Back in America the Kenosha Times from Wisconsin in July 1857 wrote, “this tendency is a very good thing as the safeguard of our independence from the control of foreign power, and it obliges every man to keep his thinking cap on”. It is this version of the phrase that has found favour to this day. That said, I shall use considering cap from now on, in the event I ever need to think deeply about anything, which, somehow, I doubt.