Knitting a knit-purl design with Truva (start with a sample) This series of posts talks about Truva by Universal Yarn, with an unusual blend of cotton and cashmere. Along the way, I’m exploring some of its practical applications. The last post focused on the way this soft, heathery yarn knits up, and in the first post of the series, I described the characteristics of Truva’s fibers and the way they’re spun. 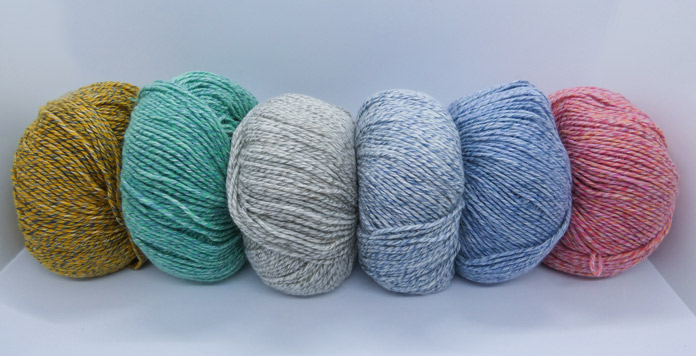 I’ve turned the balls of Truva around so you can see their full, heathery splendor! From left to right, Medallion, Aegean, Sandstone, Chambray, Harbor, and Mandarin. The only two colors not in this photo are Crocus and Stormcloud!

Along the way, I’ve employed some of the wonderful stitch patterns found in Barbara G. Walker’s first knitting book, A Treasury of Knitting Patterns. Any good stitch dictionary offers as many or more opportunities to explore. Today, I’ve chosen two knit-purl designs: the double seed stitch, which I’ll use for the borders, and the squared check pattern from page 19 of my copy of the Walker Treasury. 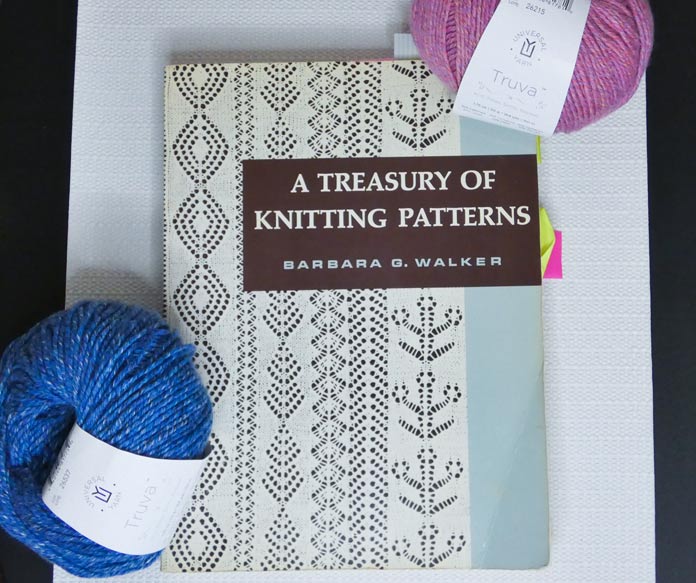 The many sticky flags sticking out of this much-loved book speak to the hours I have spent ‘doodling with yarn’ over the years.

As I did with the stockinette stitch sample I made in my last post, I used 4mm needles, and came up with a gauge/ tension of 23 sts to 4” [10cm].

To create my sample, I took the repeat of the pattern (multiple of 10 + 2) and added my borders, each of which has 10 stitches. I decided to put 3 repeats of the pattern (32 stitches) in the center, so I cast on a total of 52 stitches.

The following instructions and two or three balls of Truva make a satisfactory dress scarf as written. A confident knitter who wants to make a wider scarf can cast on an additional 10 sts and purchase 4 or 5 balls of Truva. Also, they must remember to make adjustments to the bottom, top, and side borders to maintain the Double Seed Stitch ‘frame’.

Repeat these 12 rows as long as desired. Work Rows 1 and 2 to balance the bottom and top ends of the body.

Beg with Row 1, work 10 rows as for the bottom border. Cast off all sts and weave in ends. 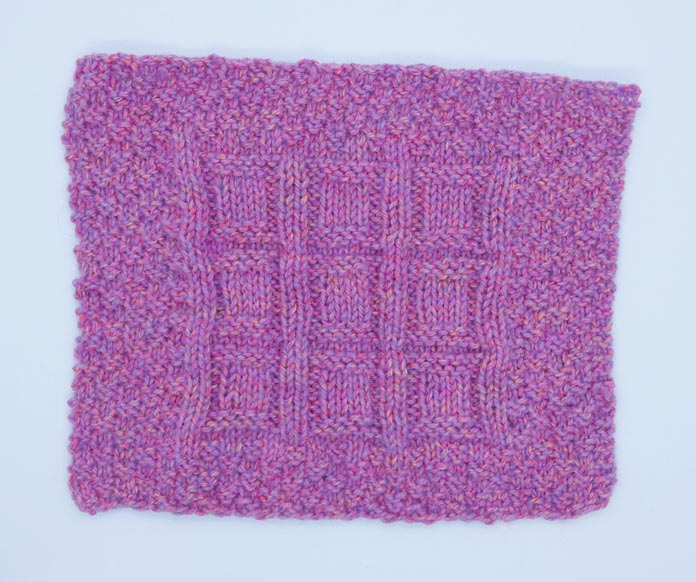 The finished sample was not blocked. It shows that a bit of body can be knitted in, to add to the texture of Truva’s heathery tones.

I believe that if a knitter never learns to do a yarn over or a cable, there are enough ways to combine knit and purl stitches to knit for a lifetime. I am thoroughly enjoying working with Truva by Universal Yarn. For my next post, I’m doing a yarn over pattern, and cables in the one after that!

This is part 3 of 5 in this series

Go back to part 2: Knitting needles for the new TRUVA yarn: How to pick the right size

The post Knitting a knit-purl design with Truva (start with a sample) appeared first on KNITmuch.

This post first appeared on KNITmuch - To Knit Is To Love..., please read the originial post: here
People also like
Angels Landing at Zions
Hampton Cannabis Expo Founder Gary Bierfriend On Conference's 5th New York Season
How to Help Your Husband Get On Board With Prepping – Part 1
GameStop looks to diversify its meme money
Boity saved my life – Lerato Kganyago

Knitting a knit-purl design with Truva (start with a sample)