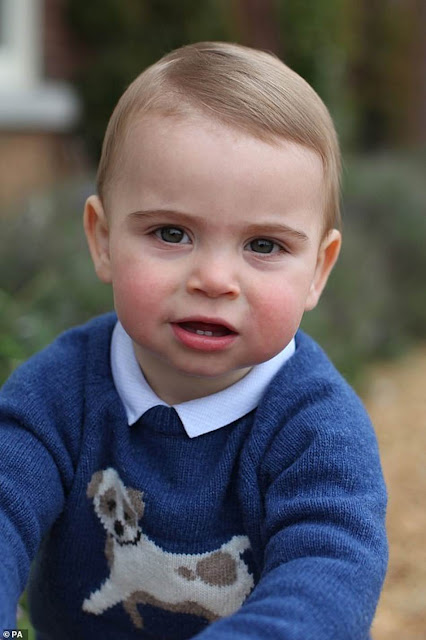 Prince Louis, pictured earlier this month in Norfolk, wore an adorable blue cashmere jumper with a dog on the front from high street children's shop Trotters for one of his Birthday pictures

A jumper worn by Prince Louis has sold out online within hours of his first birthday photos being released - and has now hit eBay at almost double the retail value.

Proving he is as much of a trendsetter as his mother, the sweet blue dog jumper worn by the adorable little prince has sold out in every size following the release of a set of cute pictures to celebrate his first birthday today.

And now the knit has even hit eBay at £65, described as 'Prince Louis' first birthday jumper' - with seven watchers and the item being viewed three times an hour already.

In snaps taken at home in Norfolk by his mother Kate Middleton, the rosy-cheeked youngster poses in a variety of outfits, including one wearing a blue jumper from high street brand Trotters. Read more from The Daily Mail.

Romantic Interior Design
Exhibit C: The beauty of chunky blank…
How to Retire on Your Terms and Final…
Success minus failures equal me
Jay Trigga ft Ice Prince – Money (Mus…