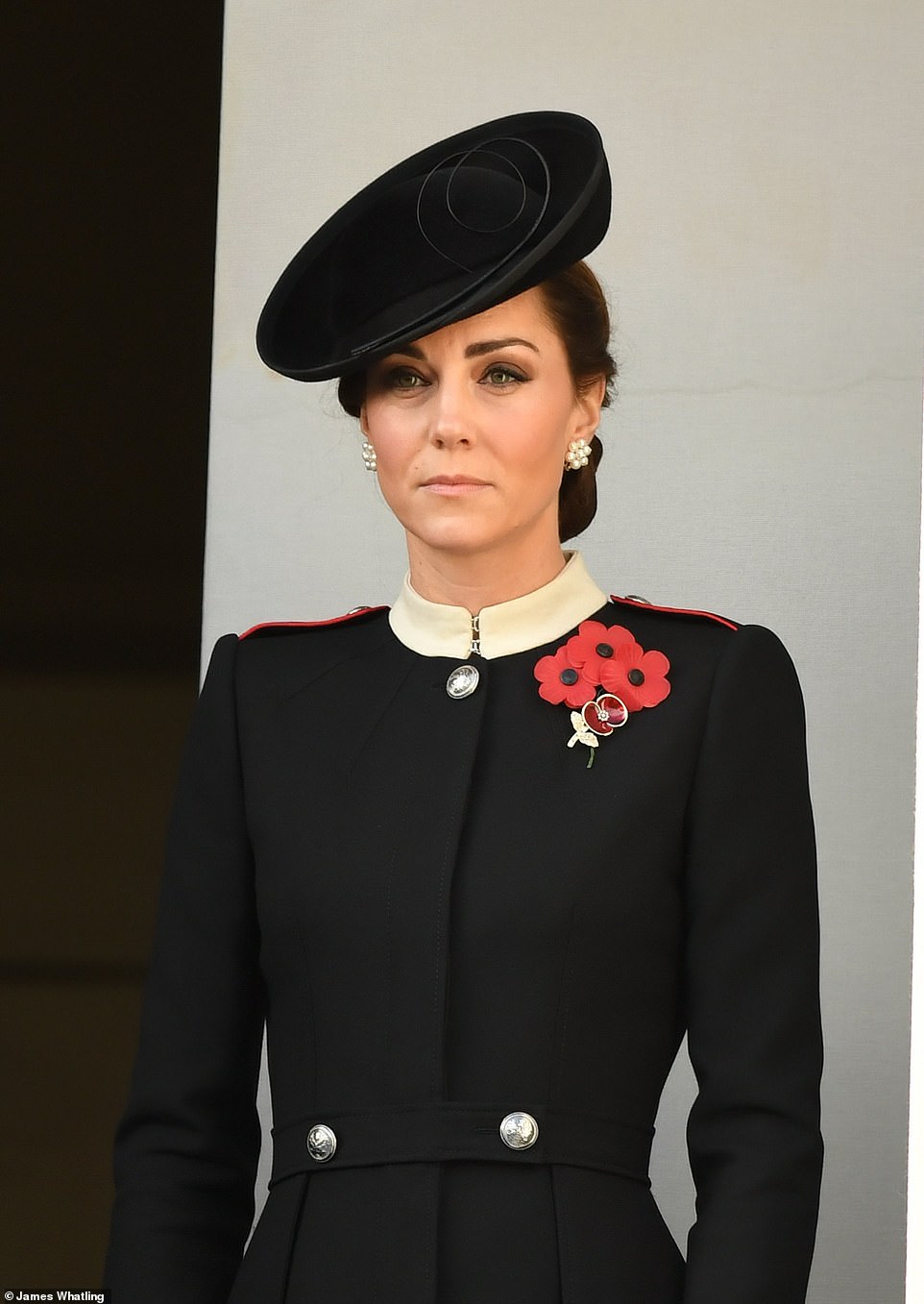 The Duchess of Cambridge, 36, went for a military style Alexander McQueen coat with details including silver buttons around the waist and a cream collar.

It is the first time that the Duchess of Sussex, 37, has attended the official Armistice Day service at the Cenotaph and she was placed on a separate balcony to Kate, 36, who stood side-by-side with the Queen and the Duchess of Cornwall.

The pregnant Duchess, who is expecting her first baby with Prince Harry in the Spring, looked deep in thought as she observed the one-minute's silence to mark 100 years since the end of the First World War. Read More From The Daily Mail.

5 Ways To Use Lavender For Sleep