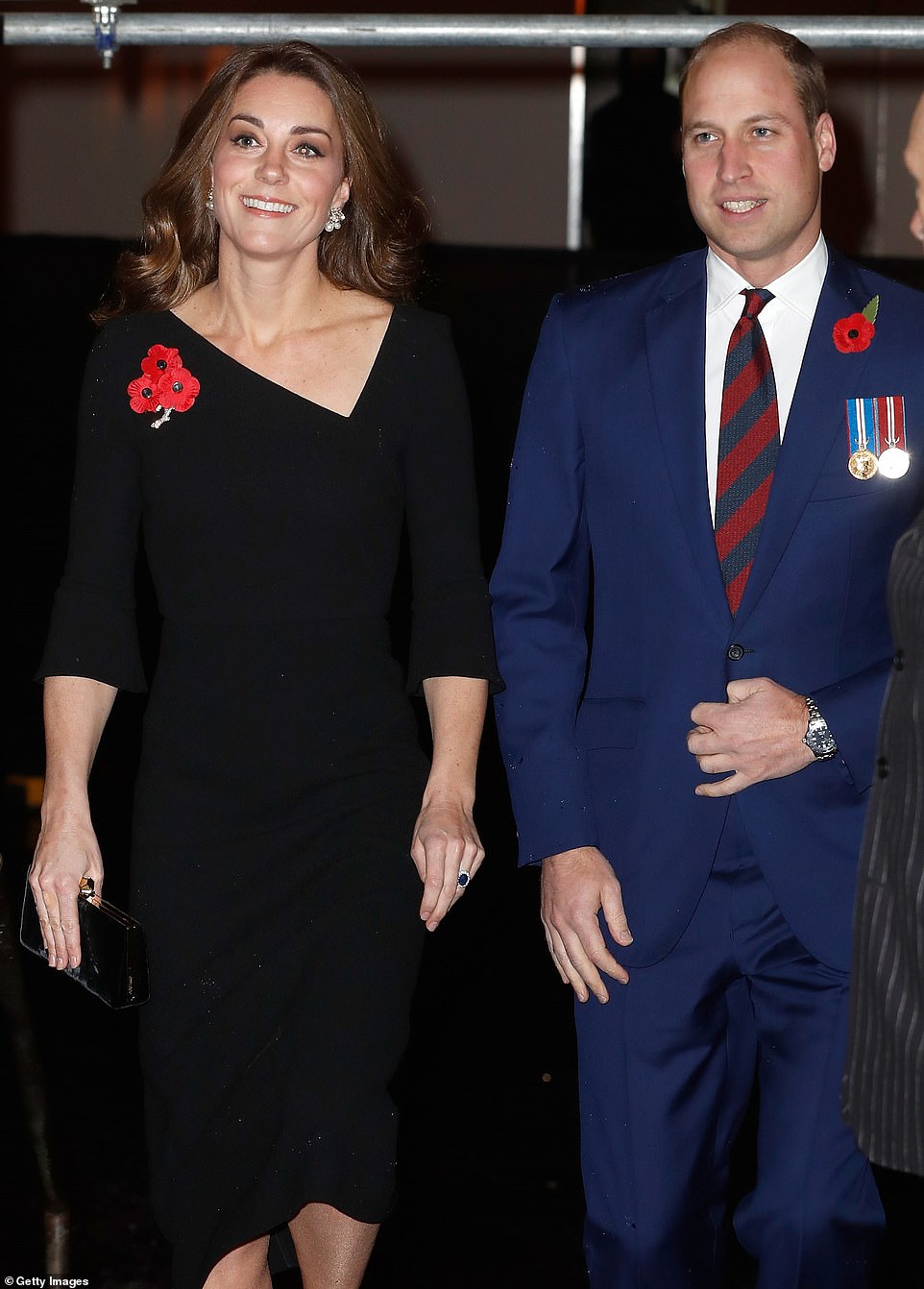 Prince William and the Duchess of Cambridge joined senior Royals including the Queen to remember Britain's WW1 victims in the Royal Albert Hall tonight.

Theresa May was also in attendance after laying wreaths and reciting a poem yesterday in France and Belgium. The Prince of Wales, along with the Duchess of Cornwal, and the Dukes and Duchesses of Cambridge and Sussex have joined her.

The annual Festival of Remembrance in London, which commemorates the war dead, included performances from Sir Tom Jones and Sheridan Smith.  Read More from The Daily Mail.