50 Brilliant Quotes From Competition to push you even further! 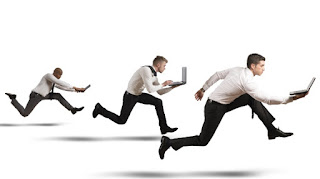 Competition is the struggle for possession of rewards which are in limited supply-money, good, status, power, love-anything. It is a process of seeking to obtain a reward by surpassing all rivals.
In the words of Biesanz and Biesanz (1964), "competition is the striving of two or more person or groups for the same goal which is limited so that all cannot share it.

Building a Talent Pool in a Tight Mar…
Blackjack for Beginners: A Short Guid…
A’ Design 2021—2022 Early Call for En…
Smart Tips on How to Get More Likes o…
Mi 11 Ultra — The SuperPhone Launched…
Regarding competition one important point to be kept in mind is that the attention of the competitions is always focused on the goal or reward and not on themselves. When there is a shift in interest or focus from the objects of competition to the competitors themselves, it becomes rivalry which may sometimes lead to conflict in hard cases.
These Motivational Competition Quotes will keep you energized and in the fight until you emerge as the winner!

1. A flower does not think of competition to flower next to it. It just blooms. - Zen Shin

2. One of the most powerful lessons in life is to recognize that no one can give power, and many people don't want you to have it. You have to find the courage to seize it, own it and hold on. - Shannon L. Alder

3. Take someone who doesn't keep score, who's not looking to be richer, or afraid of losing, who has not the slightest interest even in his own personality: he's free. - Rumi

4. Insecure people only eclipse your sun, because they're jealous of your daylight and tired of their dark, starless nights. -Shannon L. Alder

5. Nobody's going to win all the time. On the highway of life you can't always be in the fast lane. - Haruki Murakami

5. Companies that solely focus on competition will ultimately die. Those that focus on value creation will thrive. - Edward de Bono

6. In the Race to Success, nobody is ahead of you or you behind anybody, the race is all about your own effort. - Jonah Takon

7. Only a fool learns from his own mistakes. The wise man learns from the mistakes of others. - Otto Van Bismark

9. A horse never runs so fast as when he has other horses to catch up and outpace. - Ovid

10. Anytime you find someone more successful than you are, especially when you're both engaged in the same business- you know they're doing something that you aren't. - Malcolm X

11. You have to learn the rules of the game. And then you have to play better than anyone else. - Albert Einstein

12. Those who achieve the extraordinary are usually the most ordinary because they have nothing to prove to anybody. Be humble. -Aaron Lauritsen

13. Greatness is a destination for anyone who appreciates, respects and competes against tough competition. - Gary Ryan Blair

14. The biggest competition is myself. I am not looking to follow others or pull them down. I'm planning to test my own boundaries. - Rain

16. When you fear a foe, fear crushes your strength and this weakness gives strength to your opponent. - William Shakespeare

17. Life's trial will test you, and shape you, but not let them change who you are. - Aaron Lauritsen

18. How you respond to the challenge in the second half will determine, what you become after the games, whether you are a winner or loser. - Lou Holtz

19. After the game the King and Pawn go into the same box. - Italian Proverb

21. You must not fight too often with one enemy or you will teach him all your tricks of war. - Napoleon Bonaparte

23. To be a great champion you must believe you are the best. If you're not, pretend you are. - Mohammad Ali

24. Shine your light so bright, and no one will need a telescope to see you. - Matshona Dhliwayo

27. Life is not a competition. Each one is on their own journey. Live according to your choices, capacity, values and principles. - Anonymous

28. A champion is someone who does not settle for that day's practice, that day's competition, that day's performance. They are always striving to be better. They don't live in the past. - Briana Scurry

29. Go as far as you can see, and when you get there you will always be able to see farther. - Thomas Carlyle

30. Keep your face to the sun and you will never see the shadows. -Hellen Keller

31. Competition is the spice of sports, but if you make spice the whole meal you'll be sick. - George Leonard

32. You're not in competition with anyone but yourself; plan to outdo your past, not other people. - Jaachynma N.E. Agu

33. The person who figure out how to harness the collective genius of his or her organization is going to blow the competition away. - Walter Wriston

34. In business, the competion will bite you if you keep running, if you stand still, they will swallow you. - Victor Kiam

35. When you dance, your purpose as not to get to a certain place on the floor. It's to enjoy each step along the way. - Wayne Dyer

36. Most people fail not because they lack the skills or aptitude to reach their goals but because they simply don't believe they can reach it. - Tim Ferriss

38. The ultimate victory in competition is derived from the inner satisfaction of knowing that you have done your best and that you have gotten the most out of what you had to give. - Howard Cosell

39. Anyone who imagines they can work alone winds up surrounded by nothing but rivals, without companions. The fact is, no one ascends alone. - Lance Armstrong

40. Insecure people only eclipse your sun because they're jealous of your daylight and tired of their dark, stay starless nights. - Shannon L. Alder

41. When you don't make moves and when you don't climb up the ladder, every body loves you because you're not comepetition. - Nicki Mingi

42. Never compete with someone who has nothing to lose. - Baltasar Gracian

43. Remember that nobody will ever get ahead of you as long as he is kicking you in the seat of the pants. - Walter Winchell

44. Successful people compete against themselves, not against other people. - J. Adam Synder

45. Never underestimate a warrior; the lion in him may be sleeping, but does not mean he's dead. - Matshona Dhliwayo

46. Let your plans be dark and impenetrable as night, and when you moves fall like a thunderbolt. - Sun Tzu

47. When you are content to be simply yourself and don't compare or compete, everybody will respect you. - Lao Tzu

48. If you don't drive your business. You will be driven out of business. - B.C. Forbes

49. The early bird gets the worm, but the second mouse gets the cheese. - Willie Nelson

50. If you want to find the real competition. just look in the mirror. After while you'll see your rivals scrambling for second place. - Criss Jami, Killosophy

This post first appeared on Great Quotes, please read the originial post: here
People also like
Building a Talent Pool in a Tight Market
Blackjack for Beginners: A Short Guide
A’ Design 2021—2022 Early Call for Entries
Smart Tips on How to Get More Likes on Your Instagram Posts
Mi 11 Ultra — The SuperPhone Launched at Rs. 69,999
Online Sports Massage Courses, something for you?
Theme-Character Integration Part 17 Building a Lead Character from Theme
A Furry’s Guide to Cryptocurrency

50 Brilliant Quotes From Competition to push you even further!