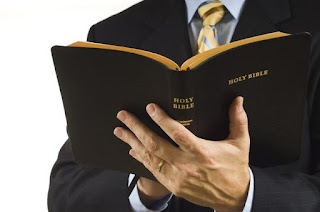 An elderly Nigerian pastor has landed in serious trouble after he deceived his Church member and defrauded him.
A 57-year-old cleric, Celestine Wanu, who allegedly obtained N40,000 from one of his Church Members on the pretext that he would help him buy groundnut oil, was on Monday brought before an Ikeja Magistrates’ Court.
The Accused who resides at 1, Lola Faleye St., Meiran, a suburb of Lagos, is facing: obtaining by false pretences and stealing charges.
The prosecutor, Insp. Rachel Williams, told the court that the offences were committed on March 2017 at Akintoye Street in Meiran, near Alagbado, Lagos State.
Williams said that the accused collected N40,000 from one of his church members, Mrs Yinka Akinloye, on the pretext that he was going to buy some kegs of groundnut oil for her.
“The accused bought the oil, but sold it and failed to pay the complainant her money.
“Thereafter, the accused disappeared from his house and the church which he founded, “she said.