The ever-changing figures of CORONA, the rising graphs, incidents that straightway catch hold of your heart and comforting news for a while of CORONA under control…Human minds today have to struggle with high and low life. The stress levels are rising while we are actually sort of resting at home. Modern life has been made to surrender to digital awareness created and maintained by Online Yoga lessons, motivational lectures and others to keep stresses under control.

Entertainment has been a part of motivation and will be an important aspect of our lives in the future. The entertainment brought to us through the medium on films has always been found useful as a stress buster. 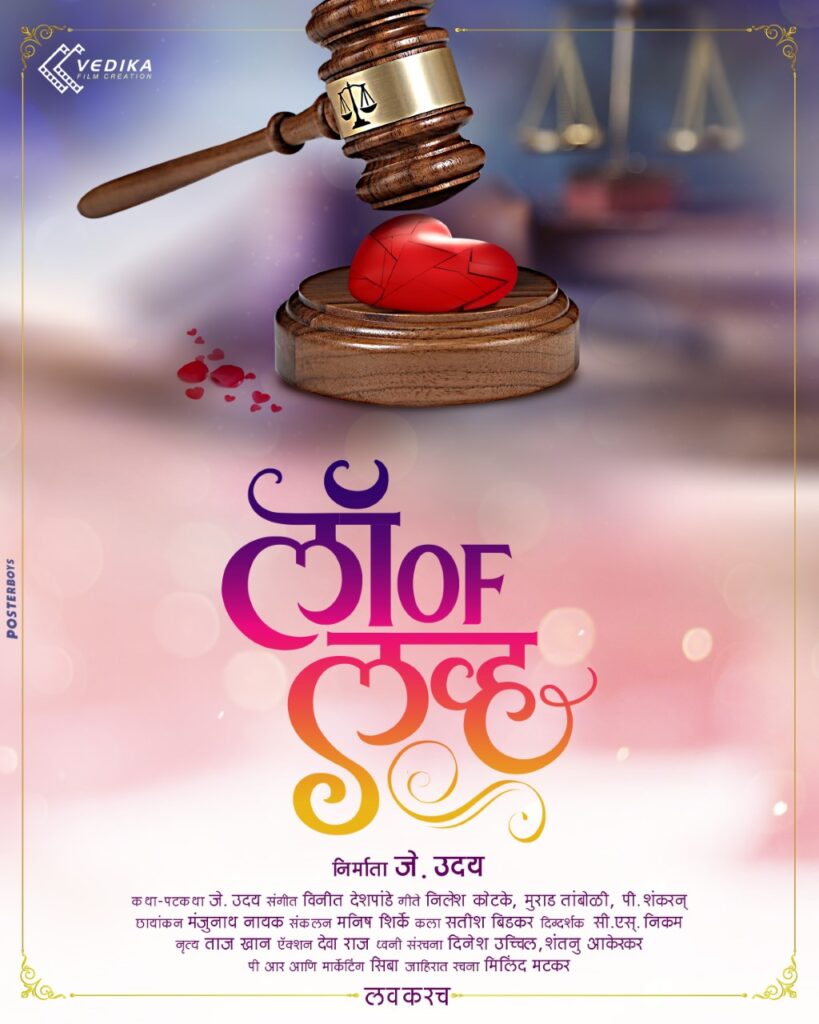 The impact of Lockdown has been equally felt and faced by the film industry on the whole. The schedules for various films and TV serials had to be abandoned suddenly. With the closure of cinema theaters, the release and promotion of new films have been adversely affected. It is within this scenario around and with a positive perspective, Producer and Screen Play writer J. Uday has used this period of a lull to bring a new Marathi film “Law of Love” for connoisseur Marathi audiences. As most of the people have adjusted to the new Digital regime and have been active in this medium, the producer has unveiled First Look Poster of the film “Law of Love” through social media. The audiences have provided a huge positive response to the same.

Just as the name of the film is out of the box, there is no doubt that the story would also follow suit. This is the debut film for Mr. J. Uday, Producer, and Screen Play writer. This film is going to be a truly viable option for the changed lifestyle of audiences after lockdown. The details about the cast of the film and the fresh ingredients to be brought to you are yet to be announced and hence the anxiety about this film will continue to soar till the film hits the screens.