Idioma: En
How To Save Money And Look Great While Doing So
http://sashamoniquetalks.blogspot.com
Follow me
Share me

This Year Has Taught Me So Much More About Gratitude

This year has taught me so much more about Gratitude. 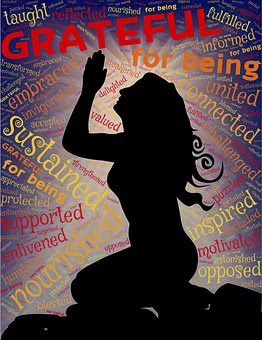 I have always been a person who was Thankful for the great things in my life.  Life for me was never perfect.  I found myself at times complaining and although my complaints were valid, sometimes I would go on and on.

First Night of the Seven (7) Nights o…
From Broke To Financial Freedom
Mindfulness and Weight Loss
European Style Electric Fireplace Hea…
DANIELLA MONET, SCHEANA SHAY, INFLUEN…
Many times I would thank God for food, clothing, and shelter.  Constantly I prayed for a better life for me and my family.  Sometimes I had asked God why others had things that I didn't have and I never received an answer.   Often wondered why those answers never came.
Then early March 2020 came.  I had gotten up very early and I decided that I was going to go to the Mall.  I hadn't visited that mall in many years so I welcomed this day trip with open arms.  I went to various stores, then I had lunch.  I was really enjoying myself that day but I did notice that there was a slight eery feeling that I kept having.  I told myself that I wasn't really used to this mall so I overlooked this feeling.
Anyone who knows me knows that I love going to the mall to get out of the house and see the new things that are available.  When it was time for me to leave the mall I still had that eery feeling.   Fast forward to two weeks and there was talk about the Coronavirus pandemic.  There were so many people sick and many were dying.  So many eery images were shown on my television screen.  I had this heaviness that came over me.  I am sure a lot of you felt the same way.
Many days I felt like I was in the "Twilight Zone'  just walking and trying not to really think.  I lost some family members, not due to Covid19 but wasn't able to properly grieve.  Heard of friends of the family passing away.  It was just unbearable.  I quickly remembered the times that I complained.  I thought about the times that I felt that life was unfair.  Being able to breathe was a luxury because I now had to wear a mask everywhere I went.
People lost their jobs and some passed away because of their jobs.  The shopping mall closed.  Quickly I thought about the very things that I had taken for granted.  Life moved in a very weird way.  Going to the supermarket became such a chore but I was thankful that I had money to buy food because some people didn't.  We often wondered whether or not we would find toilet paper at the supermarket.  We all learned how to adapt to the way life was at that moment.
What I learned about gratitude this year has made me a better person.  Worrying about material things will not get you anywhere.  God will provide the things that we need.  That goes for clothing, food, and shelter.  Things will not be perfect in life so I have learned to be even more thankful. As bad as this pandemic has been, we are so blessed to have phones, computers, and social media to keep us connected to other people.
I am thankful that the shopping malls reopened five months ago and all of us are trying to return to normalcy.  This was a lesson for me to trust in God for everything in life.  To be thankful because you never know what tomorrow is going to bring.


This post first appeared on HOW TO SAVE MONEY AND LOOK GREAT WHILE DOING SO, please read the originial post: here
People also like
First Night of the Seven (7) Nights of Christmas and Carols COGOP SVG
From Broke To Financial Freedom
Mindfulness and Weight Loss
European Style Electric Fireplace Heater LED Flame Effect Stove 1000W With Remote Control
DANIELLA MONET, SCHEANA SHAY, INFLUENCER AMY CHANG AND MORE CELEBRATE THE LAUNCH OF INDEED LABS X TARGET - @indeedlabs
Shipwrecked Fishermen Who Battled Sharks with Their Bare Hands Saved by Coast Guard
The best food for tiger Oscar fish
New York Times Crossword October 5 2022 Answers
5 ways to prepare for the Christmas Season
96 NGOs worldwide release NFTs tribute collection to commemorate Queen Elizabeth II
5 Journal Ideas that will have you doing more and worrying less
How Employer Branding Can Boost Your Recruitment Strategy
7 Most Common Reasons We’re Not Happy Even If Nothing Obvious Is Wrong with Our Lives

This Year Has Taught Me So Much More About Gratitude