Trailer Watch: The GHOST IN THE SHELL Train Has Left the Station 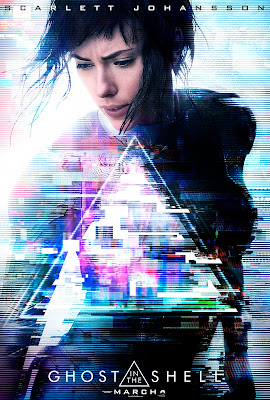 So, to be fair, the new trailer for THE GHOST IN THE SHELL looks badass, Like, really badass. But, not so badass that it makes me forget that the lead character--the film's carrier of badassery--is a popular Japanese manga comic book series heroine played in this film adaptation by...Scarlett Johansson, seemingly the only white character in the film. Nice try, though. A for effort.

I'm not going to revisit my rant from a few months ago (if you'd like to check it out, here's that blog post), but know that I am still salty about all of this.

Based on the internationally-acclaimed sci-fi property, “GHOST IN THE SHELL” follows Major, a special ops, one-of-a-kind human-cyborg hybrid, who leads the elite task force Section 9. Devoted to stopping the most dangerous criminals and extremists, Section 9 is faced with an enemy whose singular goal is to wipe out Hanka Robotic’s advancements in cyber technology.
I am just going to leave this trailer here with you:

Trailer Watch: The GHOST IN THE SHELL Train Has Left the Station