On Blue Collar Narratives, White Male Angst, and MANCHESTER BY THE SEA 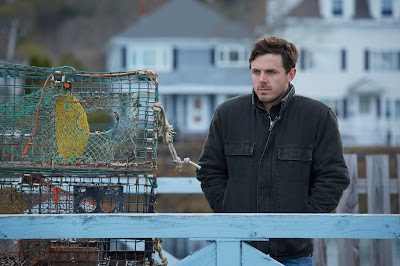 From the moment MANCHESTER BY THE SEA begins, with Casey Affleck as a plumber digging the s**t out of a client's toilet, it's hard to tell where the narrative is going to go. But you take comfort in seeing the Oscar nominee (The Assassination of Jesse James by the Coward Robert Ford) with his signature slouch and unaffected smirk because, well, you think if anything he will be enough of a reason to watch.

Luckily, the entire cast brings their A-game--including Michelle Williams, Lucas Hedges, and C.J. Wilson. But the film itself just putt putts along with no real destination. And its non-linear narrative doesn't help. Affleck plays Lee, who finds his menial life uprooted when his brother suddenly passes away. Upon reentering his suburban Massachusetts hometown of Manchester, his devastating past--the death of his three children and the dissolution of his marriage--comes backs to torture him once more. To make matters even more strained, he learns that his brother appointed him as the guardian of 15-year-old son, Patrick (Hedges). Thus sets off the narrative, and the reluctant relationship between a grieving father and his soon-to-be adult nephew. 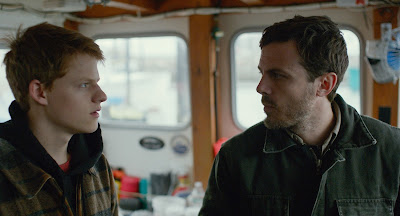 As much as I appreciate male vulnerability on the big screen, the delivery here is exhausting. Never mind that the score is all over the place and never fits the tone of any particular scene. And that Hollywood insists on telling the same Boston area narrative of a blue collar white man who looks like the poster child for Trump America (despite Massachusetts being a predominantly Democratic state). I'm just...fatigued. Particularly as a Boston native--and a black woman--I know for a fact that there are more narratives set in this area that Hollywood continually ignores.

The predictability and tropes aside, the performances really are the standout. With Blue Valentine, Shutter Island, and now this role as Lee's ex, Randi, Williams has quickly become the go-to actress to play the young distraught mother. Though she has minimal screen time, she's in it long enough to drop a bunch of f-bombs as a tough young mom then quickly deteriorate into a broken shell of woman who looks far older than her years. Her swollen emotions only exacerbate Lee's already sorrowful visit. And Affleck is as always dependable, facing the challenge of portraying a man who's buried his emotions so deep that every line he utters has the potential to turn into rage. Hedges has great chemistry with Affleck, embodying typical teenage crises triggered by tragedy that forces Lee to break out of his internalizing before he's ready to do so. 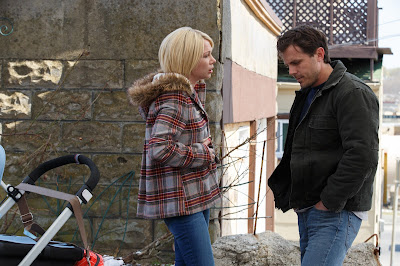 But still, writer/director Kenneth Lonergan's MANCHESTER BY THE SEA made me leave the theater feeling empty. It's meditation on grief and internal agony is fine enough yet neither groundbreaking nor interesting to watch. In fact, it could easily be filed away as just another white male angst narrative.

Amazon Studios and Roadside Attractions will release MANCHESTER BY THE SEA in theaters November 18.

On Blue Collar Narratives, White Male Angst, and MANCHESTER BY THE SEA