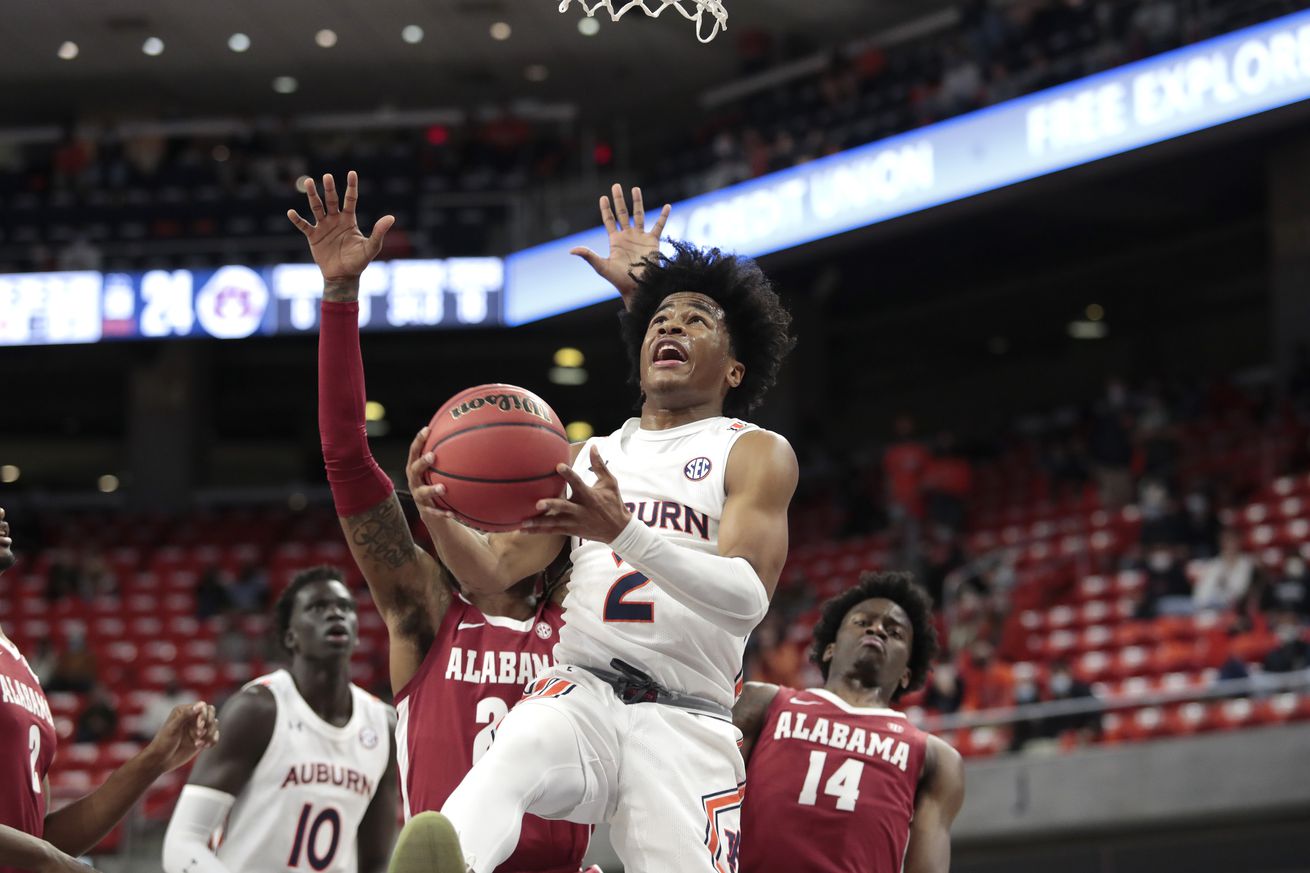 Somebody’s getting a SEC win tonight....

Auburn needs a win badly. Georgia needs a win badly. The teams are a combined 0-7 in the SEC and look to climb out of the basement starting with tonight’s contest in Athens. Auburn got a huge boost on Saturday when Sharife Cooper made his highly anticipated collegiate debut and he certainly didn’t disappoint going for 26 points and 9 assists against Alabama. Georgia entered SEC play 7-0 but have lost their last 3 games including a 30 point loss at Arkansas in their last outing.

Career of SQL Developers in the World…
How to Find the Best Payout Online Po…
Where?
28% of Americans are Free to Smoke Un…
Cardano and Coti are Teaming up to Bu…

Throughout this preview, you will see thoughts from @UGAHoopsBlog who covers Georgia Basketball on Twitter. My thanks to them for taking the time to answer some questions and their thoughts will be in bold below.

Get to Know Georgia

Tom Crean was a big-name hire for the Bulldogs when he took the Georgia job at the end of the 2017-2018 season but it hasn’t gone as well for Crean in Athens so far. He’s had some great players in his tenure (Nicolas Claxton, Rayshaun Hammonds and this year’s #1 pick Anthony Edwards) but they have finished in the bottom half of the league in both seasons.

UGA: “The Tom Crean era in Athens has not gotten off to the start Georgia fans hoped for. There has been a lot of turnover on the roster over the past three years with many new faces every year which has been a challenge for Crean and his staff. Tye Fagan is the only player on the current roster who was on the team in Crean’s first season. Year one was a wash but I think the lack of SEC success has been due to not having a physical front line or elite three-point shooting to make up for our lack of size. However, there’s been times of promise like beating Texas in year one, Memphis in year two, and getting off to a 7-0 start this season. Even after an 0-3 SEC start, there’s still time to get things turned around but there needs to be an improvement on the defensive end of the floor for that to happen.”

UGA: “Georgia has experienced turnover problems again this season. I think it is a combination of tempo and inexperience. At the pace Crean wants the team to play, turnovers are going to happen. However, I feel like part of it is the guards getting too aggressive or cute looking for home run passes.”

Auburn welcomed Sharife Cooper to the lineup for the first time on Saturday against Alabama. Georgia has also dealt with issues regarding eligibility of their top ranked recruit in this past year’s class. But on Monday, the NCAA finally cleared him to play... just in time to play Auburn.

Georgia will welcome guard K.D. Johnson (#0) to the lineup and give the Bulldogs another scorer that they desperately need.

About KD Johnson, Crean said there is “no doubt” he will be an immediate factor for the team. Said the team has really missed having another pure guard, and now they can do more things personnel-wise.

Johnson played at Hargrave Military Academy last season but his first 3 years of High School at Southwest Dekalb HS in suburban Atlanta and was a Top 100 prospect.

UGA: “K.D. Johnson poses a new threat to defenses. Georgia struggles getting to the free throw line and I think K.D. can help get the team more attempts. I think his ability to get into the lane will open up opportunities on the outside for Justin Kier, Toumani Camara, and PJ Horne. Georgia did not have a reliable point guard to back up Sahvir Wheeler prior to Johnson receiving eligibility. I think the 10 or 15 minutes he is on the floor could keep Georgia in games and alleviate some of the pressure off Wheeler.”

UGA: “Camara has had a strong sophomore season and can be effective at any position on the floor. He has gotten better finishing near the rim and has become a better rebounder and threat from beyond the arc. He’s a difficult defensive assignment due to his athleticism and ability to score off a pass or the bounce. The consistency is not there yet but I think he is starting to come into his own and could be an NBA player in a couple years if he keeps improving.”

UGA: “Wheeler’s vision has been much better this season. He has become a better scorer this season as well. He is at his best when the Bulldogs get a stop on the defensive end and get running in transition. He is still learning where he is most effective on the floor but is finding better spots to get to the rim and delivering passes to his teammates. Wheeler will elevate himself to a much more effective player when he becomes a bigger three-point threat and cuts down on turnovers. I certainly think can be an All-SEC player before he leaves Georgia.”

George Mason Grad Transfer Justin Kier (#5) was a player Auburn was interested in during the offseason before he decided to go to Athens. Kier is averaging 11.8 PPG and shoots 40.9% from 3 this season. He made 6 3s last Wednesday in their OT loss at LSU.

Another Grad Transfer on the team is Andrew Garcia (#4) who began his career at Stony Brook. Garcia recorded his first double-double as a Bulldog on Saturday scoring 15 points and had 11 rebounds at Arkansas. Garcia is averaging 10.6 PPG as the sixth man for Crean’s Bulldogs.

UGA: “(He) has relished the sixth man role for Georgia this season. He is one of the few players on the Bulldogs’ roster who can post up and score down low. He plays hard on both ends of the floor and was a big part in Georgia’s comebacks against Samford and Northeastern. Georgia needs him to make some plays to win this one.”

P.J. Horne (#24) is the third grad transfer in Georgia’s rotation this season. Horne returned to his home state after starting his career at Virginia Tech. Horne is averaging 10.5 PPG this season.

A lot has been said about Sharife Cooper over the past few days but he was spectacular and good as advertised in his debut. He tried to do a little too much at the end of the game but all in all, for a guy who hadn’t played this season, he put the team on his back in the 2nd half and nearly knocked off an Alabama team that looks to be the best team in the league right now. After their win at Auburn Arena Saturday, Alabama beat Kentucky by 20 in Lexington last night. So what does he do for an encore?

With Cooper finally playing, he’ll make everyone else around him better. The player who seemed to benefit the most on Saturday was J.T. Thor who had 15 points, 9 rebounds, 4 blocks and definitely his best game as an Auburn Tiger. I think we forget sometimes that he should be a high school senior right now and he will only continue to get better as the season goes along.

Justin Powell returned to practice this week and has apparently been cleared to play after missing both games last week due to a concussion. If Powell plays, it would be the first time all season that Auburn plays at full strength. Getting Powell back would allow him to move back to his natural position at the 2 and seeing how he and Cooper will play together is something I’m looking forward to seeing the rest of the season.

Transition defense has been an issue at times this season and Alabama did a great job at forcing the issue on Saturday getting loose for easy baskets while catching Auburn sleeping a bit. Hopefully this is something that will be better tonight.

Finally, one big positive that came out of Saturday’s game was the improvement from the Free Throw line. It’s one game but Auburn was 24-28 from the charity stripe on Saturday. Hopefully they will continue to shoot them at a respectable rate going forward.

First up, here is the UGA Hoops Blog prediction:

UGA: “This one is hard to predict because I could see it going either way. I have a great amount of respect for Bruce Pearl and how he has transformed the Auburn program. The Tigers are coming off an emotional loss to Alabama with the return of Sharife Cooper and one where I felt like he made everyone around him better. I do not think Auburn emulates that shooting performance again. Georgia is coming off a blowout loss to Arkansas and know they need to win this one. I’m interested to see the pace of this game and if Auburn will decide to attack the rim more knowing Georgia does not have a great rim protector opposed to shooting 25+ three-pointers. As for a prediction, I’m going to go with the Bulldogs in a close one with Toumani Camara being the difference.”

Two years ago, Auburn’s game at Georgia catapulted a team on a run we will never forget. Last year’s game was one where Auburn struggled mightily but opened the door for a breakthrough from Jaylin Williams. Could tonight’s game at Georgia be the springboard Auburn desperately needs as they look to put some wins together and build some confidence?

Both teams needs this game to try and build some confidence going forward. I think the team that does the better job on cutting down on turnovers will win this game. I’ve picked Auburn to win 3 of the 4 league games so far and been wrong 3 times so here’s hoping I’m wrong a 4th time.

from College and Magnolia - All Posts https://www.collegeandmagnolia.com/2021/1/13/22228243/auburn-at-georgia-game-preview-q-a-and-open-thread

Career of SQL Developers in the World of Machine Learning

How to Find the Best Payout Online Pokies