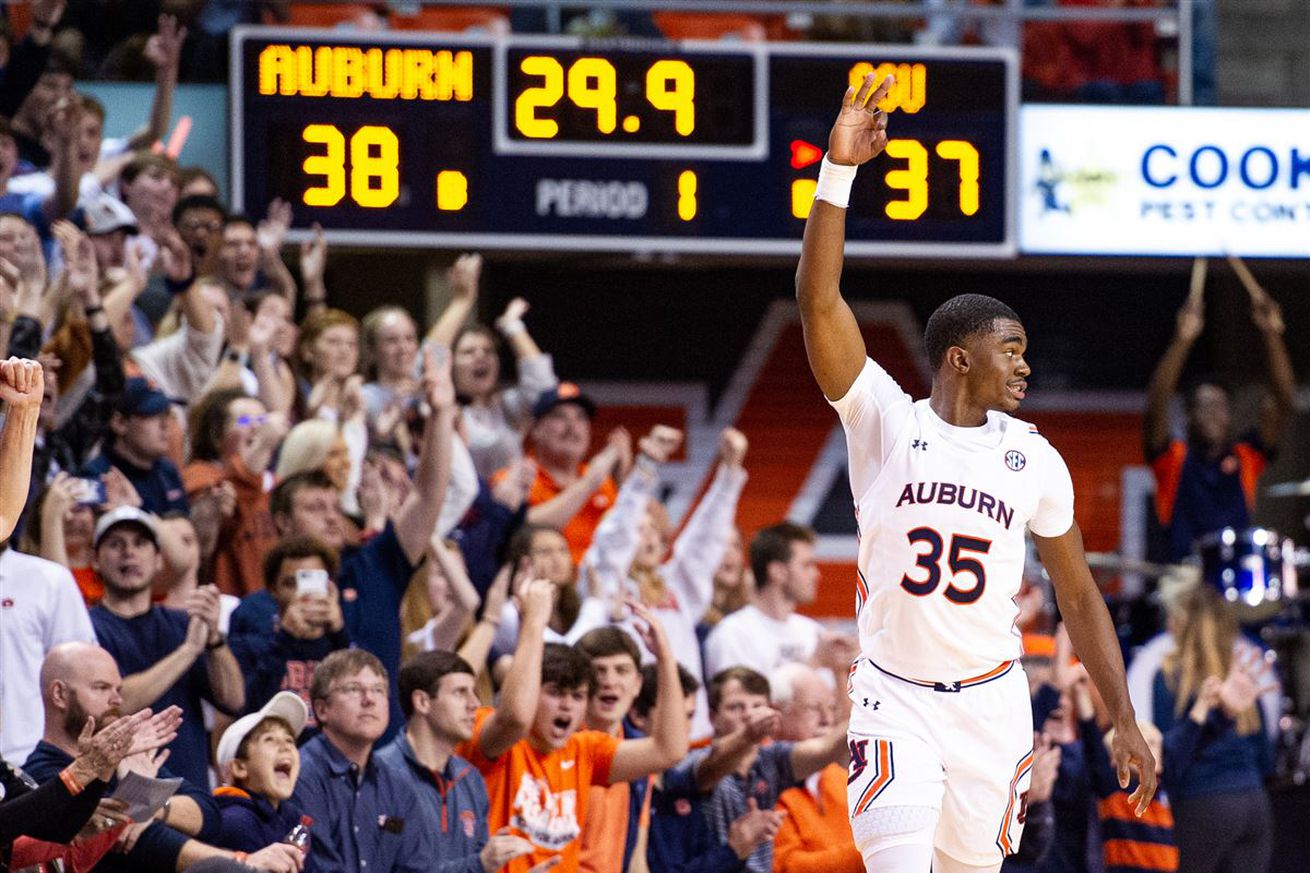 A look back at 5 of the biggest plays during Auburn’s 12-0 start!

Auburn begins their SEC season tomorrow taking on Mississippi State in Starkville. With that in mind, it’s time to take a final look at Auburn’s 12-0 start to non-conference play. Here are 5 plays that to me, stood out the most in November and December for Auburn.

Keep in mind, there were a ton of options and with 12 games to pick from, narrowing this down to 5 was extremely difficult.

This was a fun one for the highlight reels. In a game in which Auburn struggled to put the Mountain Hawks early, Auburn took over the in the last 8 minutes putting the game away. This was all started with great defense, a steal from Doughty, the outlet pass to J’Von and finished with McCormick’s pass to Devan off the glass to put a bow on this contest.

We interrupt this Christmas menu talk for DEVAN CAMBRIDGE off the glass!!! pic.twitter.com/gk8ADIkMn8

Samir Doughty and Markell Johnson went back and forth in this game but Samir got the last laugh on this night. With the shot clock winding down and 30 seconds left in the game, Auburn held a 74-69 lead. This play reminded me of another 3 Doughty hit last year against Tennessee in the Regular Season finale. Samir’s got a knack for making clutch 3s in crunch time and this was no exception.

Devan Cambridge has reminded many of us of Malik Dunbar and when he does things like he did on this day in Birmingham, it’s easy to see why. I saw a lot of comparisons to Chris Porter’s dunk back in 1999 against LSU.

If I don’t see the Devan Cambridge put back dunk really high on the @SportsCenter #SCTop10 tonight then what are we even doing? @AuburnMBB #WarEagle

Okay, this play was #1 on SportsCenter and if weren’t for the significance of Play #1, this play would easily be there. Samir Doughty and Auburn put on a clinic early against Colgate with Doughty absolutely destroying Jordan Burns with this crossover, and step back 3-pointer. Samir didn’t even watch the ball go in! That’s confidence and swagger at it’s finest.

This is the most significant play of the season so far for the simple fact that if it doesn’t happen, there is no undefeated talk right now. With Auburn down 1 in the closing seconds, the Tigers missed a pair of shots before Samir Doughty got a rebound, passed it to Isaac Okoro in the paint and he did this...

Also: Andy and Sonny’s call of this play is beautiful!

Isaac Okoro hits the game-winner as the clock winds down as No. 22 Auburn beats South Alabama 70-69 to improve to 3-0.

Here’s what it looked like in the final few seconds pic.twitter.com/gOAMVUs6NV

Like I said at the beginning, there were a lot of other plays that could have made the cut. What were some of your favorite plays that didn’t make the cut? Comment below!

from College and Magnolia - All Posts https://www.collegeandmagnolia.com/2020/1/3/21048336/top-5-plays-basketball-non-conference-season