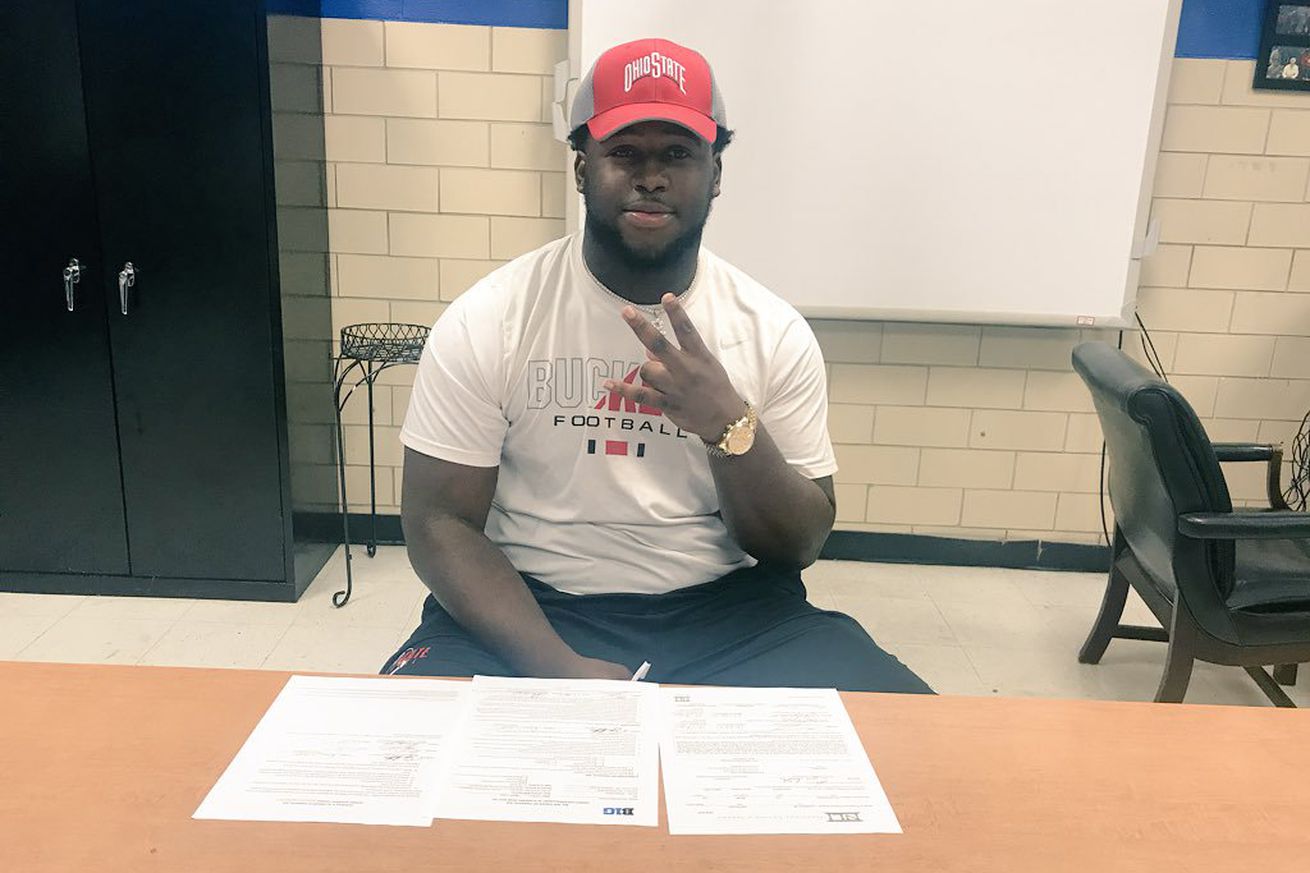 As we continue our march to kickoff, we take a look at the top 100 recruits to sign with Auburn of all-time*. The rankings are based on 247’s composite recruit rankings, which unfortunately only date back to 2000.

“Jackson is a young man who gets after it. He plays at a high level for four quarters and has that motor you love to see. Not ideal size for today’s top defensive tackles, but more of a compact body with average length. Very disruptive player in the middle of the line of scrimmage. Hands are quick, active, and a real weapon. His hands, pad level, quick first step, and motor lead to success. A true three-technique who will hit the gaps.” - 247 Sports

Jackson’s recruitment was a highly contested one, with Georgia trying to hold off programs across the country from signing the peach state product. At different points, UGA and Ohio State were thought to be leaders, but after a dominant senior year in which Jackson tallied 50 tackles for loss, he committed and signed with the Tigers, citing a strong relationship with Rodney Garner. Jackson was definitely a steal for Auburn, but his relationships with other coaches didn’t just go away after he signed.

Jackson redshirted in 2016. Montravious Adams and Dontavius Russell took the majority of the snaps at tackle, and there was plenty of depth behind them to not need Jackson on the field right away. The story goes that Jackson also didn’t take well to the derecruitment process, particularly with Garner, and combined with the fact that he still thought he could be at Ohio State, Jackson decided to transfer.

As is usually the case, Auburn prevented Jackson’s direct transfer to SEC schools and Clemson, who Auburn played that next season, but they also blocked him from Ohio State. I won’t say I know the whole story, but it seems obvious the coaching staff knew he wanted to be a Buckeye. I generally condemn schools and coaches for pulling this petty card, and I’ll do so here. If a kid wants to leave, and it’s not for a school you’re playing the next season, just let him go.

Instead, Jackson had to go the JUCO route to get to Columbus, and he chose Blinn CC in Texas. I think I know someone who went there...

The former number 51 prospect in the country played his year in Texas, and in 2018 was on the Ohio State roster. He played minimally last season, and didn’t record any stats. He’ll have two more years to make his mark in the Big 10.